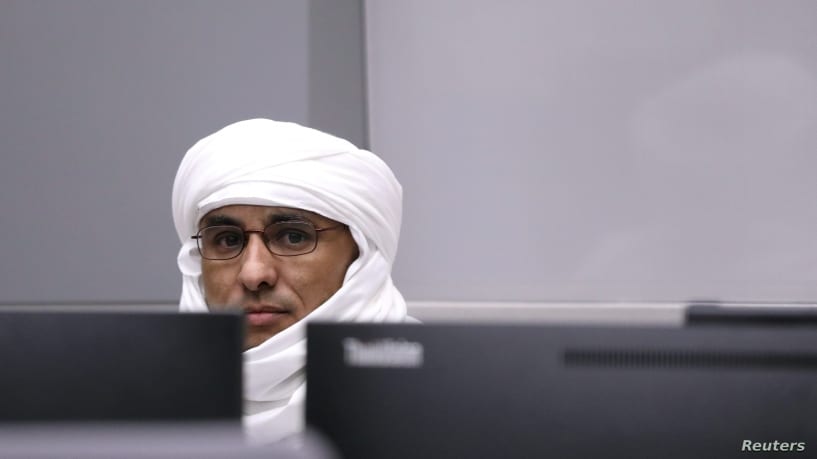 The prosecutor of the International Criminal Court on Monday asked judges to approve war crimes and crimes against humanity charges against a man suspected of committing atrocities in Timbuktu in Mali.

Al Hassan Ag Abdoul Aziz Ag Mohamed Ag Mahmoud is suspected of crimes including destroying cultural monuments and enforcing policies that led to the sexual enslavement of women and girls.

They were allegedly committed while he acted as the de-facto chief of Islamic police in Timbuktu during a 2012-2013 rebel takeover of the city.

In a hearing to determine whether her case against Al Hassan can proceed, ICC Prosecutor Fatou Bensouda argued that he bore important responsibility for abuses of the civilian population during the 2012-2013 conflict in northern Mali.

After the Ansar Dine Islamist rebel group took control of Timbuktu, civilians “were subjected to a climate of constant fear and repression,” Bensouda told judges.

“In fact all aspects of life were restricted and disobedience lead to severe punishment.”

But lawyers for Al Hassan said he was innocent of wrongdoing and his case should be dismissed before it begins.

Defense lawyer Melinda Taylor said the prosecution had conducted its investigation “with its eyes wide shut” and failed to disclose evidence that could potentially exonerate Al Hassan.

Judges have not yet set a date for a decision.

Al Hassan is the second suspect from Mali appearing before the ICC.

In 2017, fellow Ansar Dine member Ahmad al-Faqi al-Mahdi pleaded guilty to the destruction of cultural heritage for his participation in smashing Timbuktu mausoleums.

He was sentenced to nine years in prison.

Al-Mahdi is expected to appear as a witness against Al Hassan if the charges against him are confirmed.