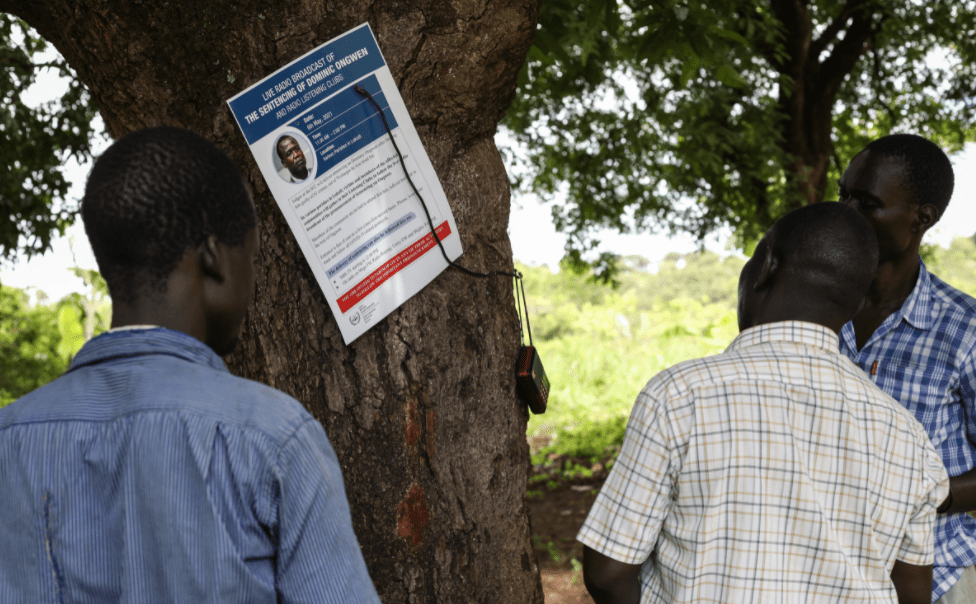 The International Criminal Court in The Hague has sentenced former Lord’s Resistance Army child soldier-turned rebel commander Dominic Ongwen to 25 years in prison for war crimes and crimes against humanity. The sentence was more than what prosecutors recommended. But it fell well short of the life sentence that victims’ lawyers demanded, because of Ongwen’s tortured background.

Ongwen was convicted of no less than 61 horrific crimes, including rape, torture, murder and child abductions—the latter similar to what Ongwen himself suffered as a young boy. Each of these charges carried terms of years and sometimes decades in prison.

But while the panel of judges rejected the prosecution’s recommended minimum 20-year sentence overall, it also found life in prison—the court’s stiffest sentence—too excessive, as laid out by presiding judge Bertram Schmitt.

“By no means does Dominic Ongwen’s personal background overshadow his culpable conduct and the suffering of the victims. It is worth repeating this again. But the specificity of this case, of his history, of his situation cannot be put aside in deciding whether he must be sentenced to life imprisonment for his crimes,” Schmitt said.

Life imprisonment, Schmitt continued, gave Ongwen, in his ’40s, no chance to eventually rebuild his life. The sentence was not unanimous—one ICC judge called for a 30-year sentence. Ongwen’s own lawyers had asked for 10.

Ongwen was captured by the Lord’s Resistance Army, or LRA, as he headed to primary school in northern Uganda. Over three decades, the rebel group, led by self-styled prophet Joseph Kony, killed and abducted tens of thousands of children and adults both in Uganda and nearby countries.

Ongwen earlier told the court of his experience as a child soldier, which Schmitt said influenced the sentencing. He said he was forced to eat beans soaked with blood from the first people he had to kill.

“When I went to battle, I went with the intention of being killed. I wanted people to shoot me and kill me,” Ongwen said.

But Schmitt noted Ongwen did not just follow orders.

“He was not in a situation of complete subordination [to] Joseph Kony, but frequently acted independently and even contested orders received from Joseph Kony. He also had a realistic possibility of leaving the LRA, which he did not pursue,” Schmitt said.

In 2015, Ongwen surrendered to U.S. special forces sent to hunt down Kony in the Central African Republic and was transferred to the ICC. Kony, who is also wanted by the court, is still at large.