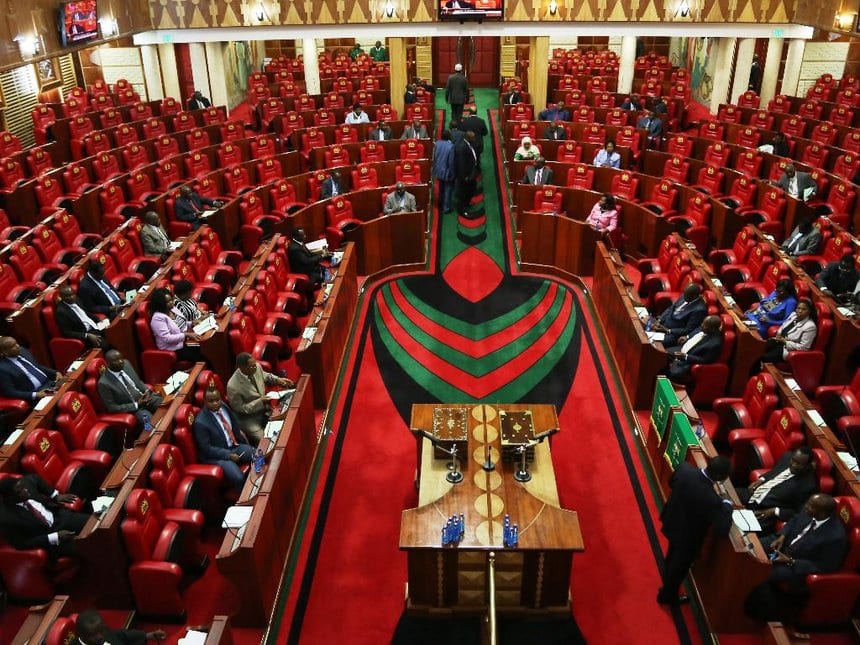 The National Assembly reconvened on Tuesday for the second session of the 12th Parliament after a two month Christmas recess and on Wednesday the House adjourned barely an hour into session due to lack of business.

None of the bills listed in the order paper for debate were deliberated on with the respective house committee chairpersons absent.

The chairpersons of the Transport and Infrastructure Committee and the Justice and Legal Affairs committees David Pkosing and William Cheptumo angered the legislators after failing to show up for the afternoon session.

Cheptumo was scheduled to table a report on Statute Law (Miscellaneous Amendments) Bill.

Kiminini MP Chris Wamalwa expressed his disappointment with the committee heads for failing to make sure that the bills were debated.

“According to the standing orders, it is very clear that we can only debate or do business as per the order paper so from the look of things Mr. Speaker there was no need of having this afternoon session and in the order things there is nothing,” said Mr. Wamalwa.

The legislator’s sentiments were echoed by Minority Leader John Mbadi who also blasted the committee chairpersons who he accused of laxity.

Some MPs demanded that the house goes on recess to enable the House Business Committee to put its house in order.

Yatta MP Charles Kilonzo termed the session as “a waste of time” and called for the adjournment of the house.

“MPs are very busy people instead of keeping us in Nairobi doing nothing. We should adjourn for another one week so that we can do tangible work in our constituencies rather than postponing debates on bills,” said Mr. Kilonzo.

Since MPs were sworn in on August 31, 2017 they have sat for 30 days despite earning hefty salaries and allowances for five months.

The house was adjourned shortly after their swearing in and reconvened for the President Uhuru Kenyatta’s speech  before going for another break before the repeat presidential election on October 26, 2017.

Parliament then reconvened in November and adjourned for the Christmas recess mid December.

Despite the on and off sessions MPs have pocketed 2 billion shillings in salaries and all allowances.