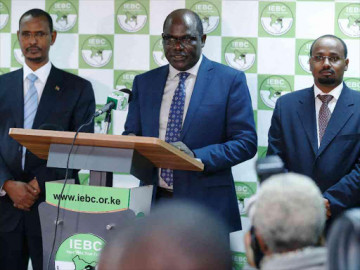 The Independent Electoral and Boundaries Commission (IEBC) has rolled out the second and last phase of the enhanced voter registration before the 2022 general election.The exercise, which begun on Monday 17 will run till February 6 and comes after the Commission failed to meet its target of registering 6 million voters.

Commissioner Prof Abdi Yakub Guliye says that they have extended their mass listing for Kenyan citizens residing in diaspora countries to begin on January 21 and end on February 6."Diaspora voting was allowed in 2017 in the East African communities and South Africa. In 2022 we expanded to 7 new countries including the US,Canada, United Kingdom, Germany, Qatar, UAE and South Sudan to complete the East African Community," he said in an interview on Citizen TV's Sunday Live show.Commissioner Guliye further highlighted the growing concern of voter registration  apathy in the nation, stating that they have set up plans to conduct voter education."We are involved in setting up e-messages and we are going to share that out with Kenyans especially the youth through our social media handles and we are also employing voter educators particularly in every ward and the intention is for the youth to be engaged by the youth that we have employed in every ward."The commission targets 4.5 million new eligible voters in the three-week exercise and anticipates 25.6 million voters will take part in the August 9 polls.