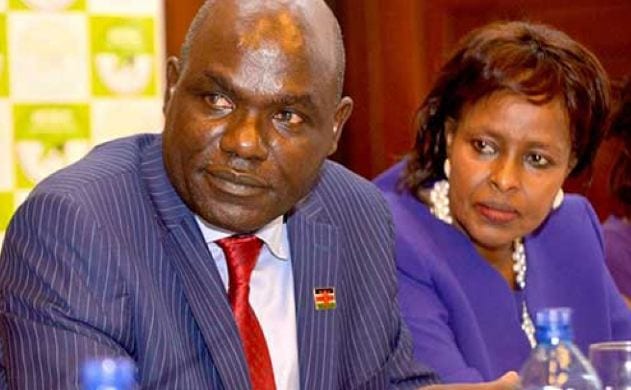 The electoral commission has welcomed the unanimous decision by the Supreme Court to uphold President Uhuru Kenyatta’s re-election in the October 26 fresh presidential election.

“The unanimous determination by the honorable court affirms our resolve and deliberate efforts to conduct, free, fair and credible elections. We await the reasoned judgment to inform our post-election evaluation that is about to commence; as well as initiatives focused on developing our institution and enhancing electoral democracy,” read the statement from IEBC.

In a unanimous decision read by Chief Justice David Maraga, the Supreme Court judges dismissed the two petitions challenging Kenyatta’s re-election saying they were not ‘merited’.

“Having carefully considered the above issues, the specific prayers in every petition as well as the Constitution and applicable laws, the court has unanimously determined that the petitions are not merited,” ruled the Supreme Court.

Justice Maraga said the court would deliver a detailed decision within 21 days.

Among the issues the petitioners cited as grounds for annulment of the October 26 election was failure by the electoral commission to conduct fresh nominations, withdrawal by National Super Alliance (NASA) flag bearer Raila Odinga and failure by voters in 25 constituencies to take part in the election.

The dismissal of the two petitions paves way for the swearing in of President Kenyatta for a second term on Tuesday the 28th of November.

Meanwhile, the National Super Alliance (NASA) has urged its supporters to remain calm and peaceful, after the Supreme Court upheld President Uhuru Kenyatta’s re-election in the October 26 repeat presidential election.

Through his official Twitter handle moments after the Supreme Court verdict, NASA CEO Norman Magaya said the opposition coalition will announce its way forward regarding the current political situation in five days time.