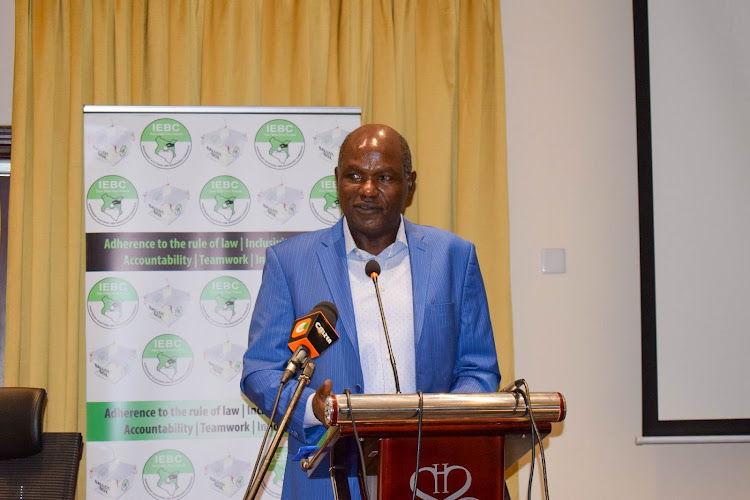 IEBC chariman Wafula Chebukati at a past address File/Courtesy

The Independent Electoral and Boundaries Commission (IEBC) has stated that approximately 11,000 polling stations lack 3G mobile network coverage, which will jeopardize electronic transmission of results in the August elections.

IEBC Director of Legal Affairs Chrispine Owiye urged MPs to support an amendment to the Elections Amendments Bill that would allow for a reciprocal method of transmitting results during a hearing before the Justice Legal Affairs Committee (JLAC) on Wednesday.

"The law requires the returning officers to transmit the results electronically to the national tallying centre; if there is no network, as it is at the moment, it means the officer cannot move to a nearby place with network or the nearest polling station to declare the results since he will be committing an illegality," he said in a report seen by Daily Nation.

"We need a complementary system."

The Bill, which was first read in the National Assembly in February, seeks to approve a complementary mechanism for voter identification and results transmission.

Some of the affected stations are in Kiambu, Murang'a and Kisumu town.

In the 2017 General Election, the IEBC faced similar issues with low network coverage, with 27% of polling stations lacking 3G or 4G coverage.

However, IEBC Chairman Wafula Chebukati stated that a lack of network coverage in some geographical areas would not prevent electronic results transmission or election integrity.