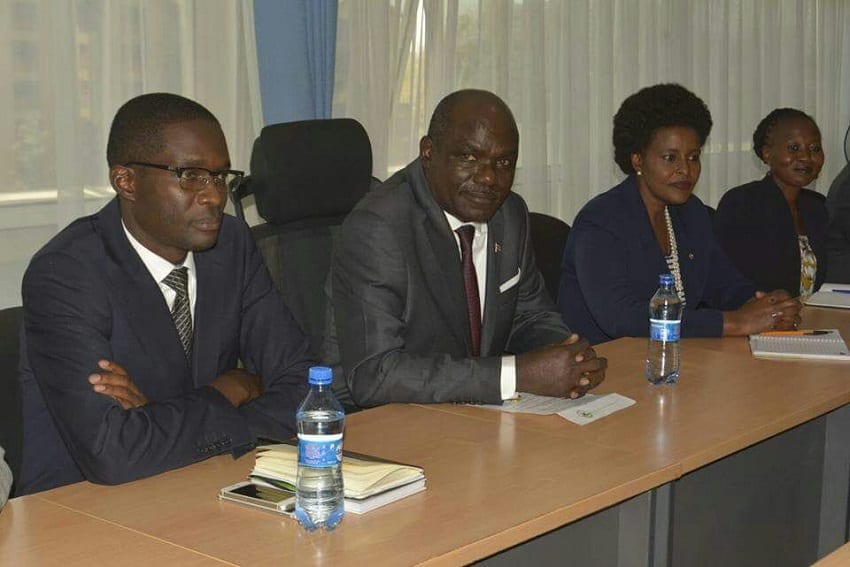 The Independent Electoral and Boundaries Commission chairman, Wafula Chebukati, has called on politicians to desist from attacking the commission as being ill-prepared for the election with just 159 days to the August date.

Speaking in Limuru while meeting with church and community leaders, Chebukati enumerated measures being taken to ensure credible polls that included mass transfers of poll officials and the procurement of election technology that could now be done directly or through restricted tendering process.

The poll body was reacting to claims by certain political quarters, especially from the opposition, who have questioned the credibility of the voters register, accusing the commission of being ill-prepared to handle the August 2017 elections. Claims that Chebukati has rubbished.

“What are you telling people we shall not have an election, saying we are not ready? Don’t run to the press with facts that are not clear,” said Chebukati

Chebukati, however, admitted that the commission is facing procurement and insecurity challenges in some regions as it prepares for the General Election but moved to assure that the electoral body will overcome the challenges.

“But to cure the concerns of the opposition and remain within legal electoral timelines, IEBC is now considering fast tracking the procurement of election technology by going through a shorter procurement process with the target of having it in place before the end of this month,” said Chebukati.

“We have the reasons to go for a short procurement process and that is why we will either go for restricted procurement or direct procurement,” he added

Under restricted procurement, IEBC would have the option of requesting for tenders from a select number of suppliers and award the tender to the winning bidder.

The direct procurement alternative would have IEBC handpicking a supplier.

In a bid to restore the public confidence and that of politicians, Chebukati announced mass transfers of poll officials.

At least 307 IEBC officers will be affected, 17 being regional election coordinators and the 290 constituency Coordinators who serve as returning officers.

In December last year, 290 assistant constituency coordinators were moved from their stations.

The IEBC boss said these transfers are aimed at eliminating familiarity with the over 40,000 aspirants.

Meanwhile, Inspector General of Police Joseph Boinnet who also attended the conference convened by the National Council of Churches of Kenya cautioned politicians and the public of spewing hate messages in the electioneering season as the police service moves to prepare for the election.