I’m not a COVID-19 millionaire: Murathe 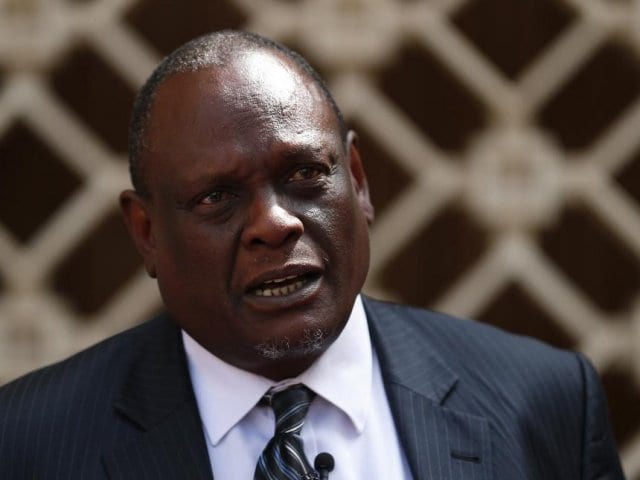 David Murathe, the vice-chairman of the Jubilee Party, has now said that he was never involved in the business dealings of Kilig and Entec, the two firms at the heart of the Ksh.7.8 billion Kenya Medical Supplies Authority scandal.

Murathe responded to a summons received last week by appearing before the parliamentary public investment committee on Thursday.

During the session, Murathe maintained that he was only requested to be a signatory to Kilig Limited’s bank account so that Entec Technology Limited, the PPE kit’s supplier, would be compensated once KEMSA completed the procurement process.

He was asked to explain how he gave a guarantee without knowing the amount of money involved.

Murathe stated that he only guaranteed the supply of 50,000 PPE kits provided by Entec to Kilig for supply to KEMSA.

“The use of the word guarantee was not contractual, it was simply a word of comfort that yes, I do know these people,” Murathe said “I am not and never been involved in the business of kilig or Entec, I had no way of influencing KEMSA to pay.”

The outspoken Jubilee vice-chairman also drew Deputy President William Ruto into the controversy, claiming that Kilig Limited is owned by people connected to the Deputy President and a Chinese national.

“I am not the director of Killig, I did not receive a contract from KEMSA, and I did not supply KEMSA. Killig is a company owned by people connected to the DP; they approach people who can finance the company through the lawyer and transfer ownership to the new owners “Murathe explained.

Legislators want to know how a commitment letter awarded to Kilig was canceled and then resurrected.

The committee chaired by Mvita MP Abdulswamad Nassir now says it will be writing to the KCB bank to uncover who the two signatories are.

“The fact that I guaranteed them does not mean I was to benefit anything, I was facilitating a friend to do business, it does not mean I was doing it for benefit,” Murathe said “I have paid bail for people, and when I get it from the court, I do not tell the people to pay me back,”

Last week, Murathe and former Kilig limited director Wilibroad Gachoka, and Entec technology director Chen Chao did no honour invites to appear before the commitee, instead, they sent affidavits.

In the affidavit, Murathe said that he ceased to be a signatory on August 5, 2020, after KEMSA’s commitment letter to Kilig Limited was cancelled.