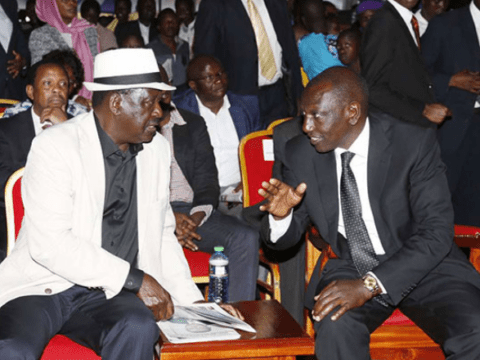 Orange Democratic Movement (ODM)  party leader Raila Odinga has assured his supporters that he is now ready to face off with Deputy President William Ruto in the 2022 presidential race.

Mr. Odinga said the fall of the Building Bridges Initiative (BBI) at the Court of Appeal is not the end of the road for their quest for transforming the country.

He stated that they respect the court verdict on the BBI process, but added that they still have other alternatives through which they shall achieve the objectives for which the BBI was initiated.

The former premier said that even the journey for multi-party democracy was not any smooth but finally succeeded, hence even though they shall not appeal the Court of Appeal ruling, they can still explore other options.

Mr. Odinga, who spoke during the burial of Dr. Patrick Orege at Masita village in Bondo constituency, said now that BBI has fallen, they want to focus on issues of 2022 elections.

He called on the youth who have not yet acquired national identity cards and voters’ cards to take advantage of IEBC’s continuous voter registration exercise to get the documents ahead of the next general elections.

“We want every young person who is over 18 years old to get an identity card and prepare to vote, do not wait to get a voting card when IEBC gives the green light, we want to do continuous voter mobilisation,” he said.

Mr. Odinga took the opportunity to impress upon his supporters, especially from Luo-Nyanza region, to effectively prepare for next year’s general elections.