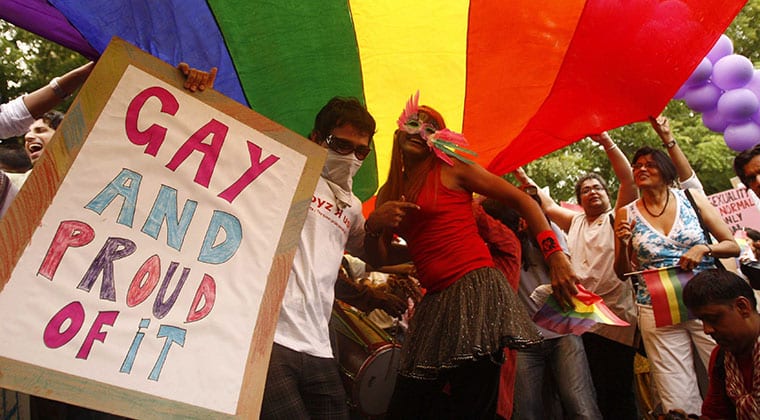 Parties involved in a court case seeking to decriminalise gay sex in Kenya will be allowed to make submissions based on a recent decision by India’s top court to overturn a similar ban.

On September 6, India’s top court scrapped a colonial-era law that punished gay sex with up to 10 years in jail.

The move has raised hopes among activists worldwide, including in Africa, for similar reforms elsewhere.

The constitutional division of Kenya’s High Court will hear submissions from both parties on Oct. 25 on the relevance of India’s decision to Kenya.

Both countries have shared the law – dating back to the days of British colonial rule – that criminalises “sexual acts against the order of nature”.

Homosexuality is taboo across much of Africa and gay people face discrimination or persecution.

In Kenya, it can lead to a 14-year jail sentence, but in recent years campaigners for lesbian, bisexual, gay and transgender (LGBT) rights have become increasingly vocal.

Opponents of decriminalising gay sex in Kenya say India’s decision was flawed and they will ask the Kenyan court to disregard it.

“Kenyan courts are bound only by decisions of higher courts in Kenya, but decisions of foreign courts can be persuasive.

“They don’t have to be adopted,” said Charles Kanjama, a lawyer representing parties against decriminalisation.

Supporters of decriminalisation say the current ban is being used daily to discriminate against LGBT people.

This makes it harder for them to get a job or promotion, rent housing or access health and education services.

Due to a lack of legal protection, campaigners say sexual minorities are routinely abused, assaulted by mobs, raped by police or vigilantes, or enslaved by criminals.

Last week’s decision by a Kenyan court temporarily lifting a ban on an acclaimed film called ‘Rafiki’ raised hopes in the LGBT community that the court may be softening its view on same-sex relationships.

The film had been censored by the government for portraying a lesbian relationship.

Although the movie screened to a sold-out crowd on Sunday, it drew sharp criticism from the Kenyan Film and Classification Board, who said it still considered ‘Rafiki’ morally subversive.

However, parties against decriminalisation in the current case say that ‘Rafiki’ is unlikely to change opinion of the court on homosexuality.

“The views of that proportion of the population that watch it are unlikely to change, because those may be part of the three or four percent who already have very ambivalent views about this issue,” Kanjama said.

Same-sex relationships are a crime in more than 70 countries around the world, almost half of them in Africa.

South Africa is the only African nation to have legalised gay marriage.

The law against gay sex in Kenya was introduced during British rule more than 120 years ago.

In 2010 Kenya adopted a new constitution that provides for equality, human dignity and freedom from discrimination.