India is the most dangerous country to be a woman, survey shows 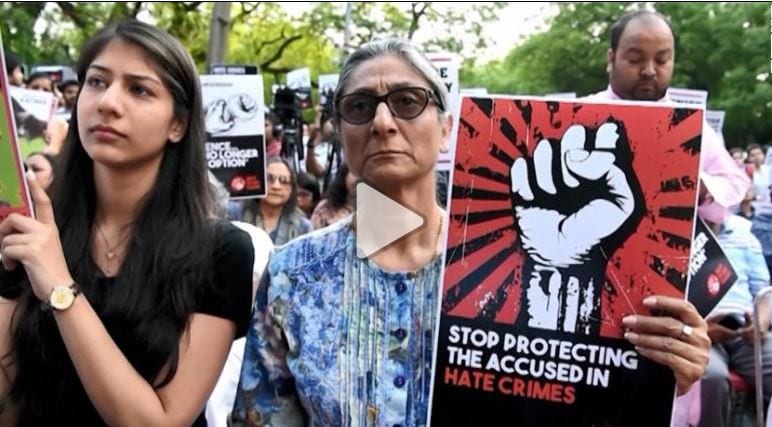 India is the most dangerous country in the world to be a woman because of the high risk of sexual violence and slave labour, a new survey of experts shows.

The Thomson Reuters Foundation released its results Tuesday of a survey of 550 experts on women’s issues, finding India to be the most dangerous nation for sexual violence against women, as well as human trafficking for domestic work, forced labour, forced marriage and sexual slavery, among other reasons.

India’s rape and sexual assault problem came to the fore in 2012 with the gang rape and murder of a female student on a bus in New Delhi.

Despite a strong public reaction to the case and repeated calls to improve safety for women in India, around 100 sexual assaults are reported to police in the country everyday, according to the National Crime Records Bureau.

The world’s most dangerous countries for women

According to the survey:

Nine of the 10 countries on the list were from Asia, the Middle East or Africa. At number 10 was the United States, the only Western country to be included.

The foundation said this was directly related to the #MeToo movement.

“The United States shot up in the rankings after tying (for) third with Syria when respondents were asked which was the most dangerous country for women in terms of sexual violence including rape, sexual harassment, coercion into sex and the lack of access to justice in rape cases. It was ranked sixth for non-sexual violence,” according to the survey.

War-torn Afghanistan ranked second, as the worst country for non-sexual violence against women, which includes conflict-related violence and domestic abuse. It also ranked second worst for access to healthcare and access to economic resources and discrimination.

The Thomson Reuters Foundation held a similar survey seven years ago, and found Afghanistan, Democratic Republic of Congo, Pakistan, India and Somalia to the be the five most dangerous countries for women.

“World leaders vowed three years ago to eliminate all forms of violence and discrimination against women and girls by 2030, allowing them to live freely and safely to participate equally in political, economic and public life. But despite this pledge it is estimated that one in three women globally experience physical or sexual violence during their lifetime,” the foundation said.

“Child marriage is still rife, with almost 750 million women and girls married before their 18th birthday, resulting in teen pregnancies that can put their health at risk and limiting schooling and opportunities.”