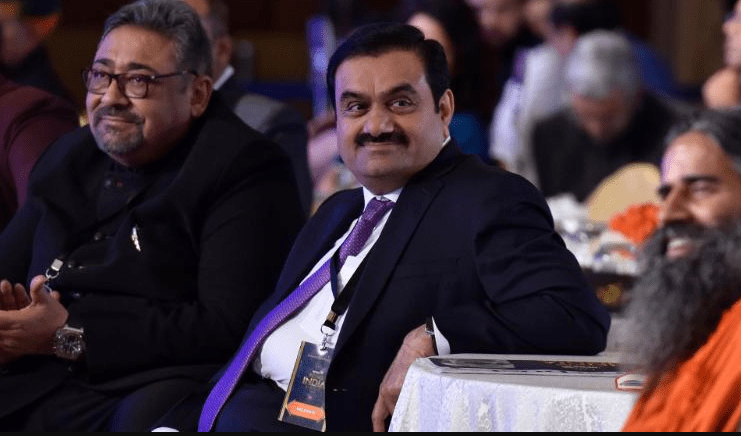 India has been hobbled by an economic slump and a brutal wave of coronavirus that new research shows pushed millions of people into poverty.

But as these Indians struggle to live on a few dollars a day, the country’s ultra-wealthy have gotten even richer and more influential, as their combined fortunes have soared by tens of billions of dollars in the last year.

Mukesh Ambani — chairman of the sprawling conglomerate Reliance Industries — is now worth more than $80 billion, some $15 billion more than a year ago, according to the Bloomberg Billionaires Index. Not far behind him is Adani Group founder Gautam Adani, whose wealth skyrocketed from less than $13 billion this time last year to $55 billion today.

The two men, who are now the first and fourth richest men in Asia, respectively, are worth more than the GDP of some nations. Their diverging fortunes with fellow Indians are symbolic of a rising wealth gap that has hammered many across the world, and which has become particularly pronounced in Asia’s third largest economy, which accounted for more than half of the global increase in poverty in 2020.

Ambani spent much of the pandemic as Asia’s wealthiest person, ahead of many Chinese tycoons.

He’s retained his comfortable perch through most of this year, and is the world’s 12th richest man — worth more than the likes of Mexican mogul Carlos Slim and Dell founder Michael Dell. His company had a terrific 2020, raising billions of dollars from Silicon Valley giants such as Google and Facebook, who are betting on his vision to dominate the internet in one of the world’s biggest markets.

And it is not too lonely at the top for Ambani. Until recently, the continent’s second richest man was also an Indian: Adani. The founder of Adani Group controls companies ranging from ports and aerospace to thermal energy and coal. Like Reliance, Adani Group has performed exceptionally well on the Indian stock market — shares of Adani Enterprises, for example, have jumped over 800% on the National Stock Exchange in Mumbai since June 2020, a sign that investors are optimistic about Adani’s ability to bet on sectors key to Prime Minister Narendra Modi’s economic development goals.

Both the Indian billionaires have roots in Gujarat, which is Modi’s home state.

Shares in Adani’s companies tumbled last month after The Economic Times newspaper said that foreign funds that hold stakes worth billions of dollars were frozen by the country’s National Securities Depository.

Even though the conglomerate said the report was “blatantly erroneous,” its founder lost nearly $20 billion dollars in net worth in less than a month. Despite this steep fall, Adani remains among Asia’s richest men behind Chinese bottle water tycoon Zhong Shanshan and Tencent CEO Pony Ma, according to Bloomberg.

Other Chinese billionaires, including Alibaba co-founder Jack Ma, have taken a hit as Beijing cracks down on tech entrepreneurs.

The utter dominance of Ambani and Adani isn’t surprising, according to Saurabh Mukherjea, founder of Marcellus Investment Managers. He added that almost every major sector in India is now ruled by one or two incredibly powerful corporate houses.

“The country has now reached a stage where the top 15 business houses account for 90% of the country’s profits,” Mukherjea told CNN Business.

“The playbook is the same as other countries,” he said, referencing some of America’s famous tycoons throughout history, including John D. Rockefeller and Andrew Carnegie.

While Adani can easily brush aside a single-day loss of $6 billion, most of the country has been dealing with life-changing economic turmoil during the pandemic.

As India imposed severe restrictions on travel and business activity to control the spread of Covid-19, the share of wealth held by nation’s top 1% rose to 40.5% by the end of 2020, a 7 percentage point increase from 2000, according to a Credit Suisse report on global wealth released in June.

The report noted that the Gini coefficient — a popular measure of inequality — increased from 74.7 in 2000 to 82.3 last year. The higher the number, the greater the disparity in income. A rating of 0 means that income is equally distributed throughout a society, while a rating of 100 means that one person takes home all of the income.

India slipped into a rare recession last year, after a lockdown that lasted for almost four months. While the economy recovered this year, unemployment numbers approached record levels this May after a massive surge in Covid cases this spring.

According to an analysis by Pew Research Center, India’s middle class shrank by 32 million people last year as a consequence of the economic slowdown, compared to what it was expected to be without the pandemic.

“Meanwhile, the number of people who are poor in India (with incomes of $2 or less a day) is estimated to have increased by 75 million because of the Covid-19 recession,” senior Pew researcher Rakesh Kochhar wrote in a post in March, adding that it accounted for nearly 60% of the global increase in poverty. That increase didn’t account for the second wave.

By comparison, the change in living standards in China has been “more modest,” Kochhar added.

Many households coped with the loss of income last year by cutting back on food intake, selling assets, and borrowing informally from friends, relatives, and money lenders, according to researchers at Azim Premji University in the Indian state of Karnataka. The researchers estimate that some 230 million Indians fell into poverty — which they defined as income of less than $5 a day — because of the pandemic.

“An alarming 90 per cent of respondents … reported that households had suffered a reduction in food intake as a result of the lockdown,” the researchers wrote in a May report examining the impact of one year of Covid in India. “Even more worryingly, 20 per cent reported that food intake had not improved even six months after the lockdown.”

The Abdul Latif Jameel Poverty Action Lab has been studying the impact of the pandemic on workers from some of India’s poorest states. In a report on young migrant workers from the states of Bihar and Jharkhand, the researchers found that Covid-19 pushed men out of salaried work, and women out of the workforce entirely.

“They [women] had this one chance of working. Now they are back home with their families and being pushed to get married,” Clément Imbert, associate professor of economics at the University of Warwick and one of the researchers, told CNN Business.

Now, as India braces for a potential third wave of Covid-19, researchers hope the government can introduce some bold measures to cushion the impact on the world’s weakest.