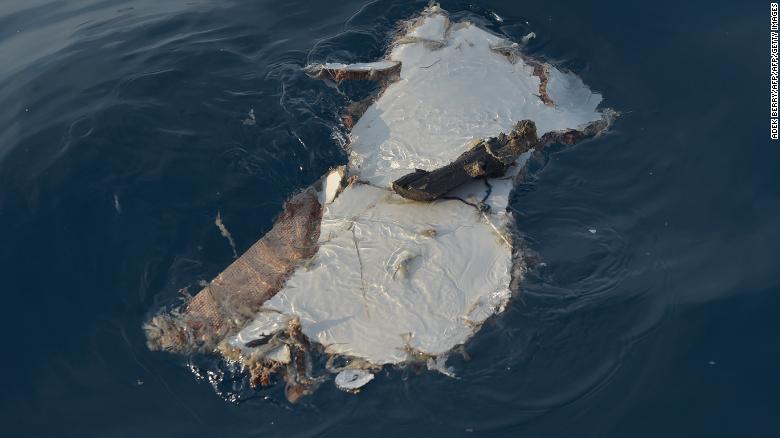 Indonesia has ordered an inspection of all Boeing 737 Max 8 planes belonging to national commercial airlines, a day after Lion Air flight 610 crashed into the sea minutes after takeoff from the capital Jakarta, killing all 189 people on board.

Speaking to CNN by phone Tuesday, transportation ministry official Capt. Avirianto said Lion Air currently has 11 of the models in its fleet while national carrier Garuda Indonesia has one.

“We have inspected Garuda last night while Lion is still in progress,” he said, adding that the ministry hopes to inspect at least three of Lion Air’s planes Tuesday night and the other eight soon.

It is unclear whether the Garuda aircraft passed the inspection.

The managing director of Lion Air group, Daniel Putut Adi Kuncoro, confirmed to CNN that the transport ministry was carrying out the inspections. “We are waiting for their results,” he said. “We will follow what the regulator tells us to do.”

Search-and-rescue operations expanded to at least 400 square nautical miles Tuesday, with divers working to bring passenger remains out of the water and investigators examining fragments of debris scattered over a large expanse of sea.

The aircraft’s fuselage and flight data recorders are yet to be recovered.

They should provide more evidence about what caused the flight to crash about 13 minutes after taking off on a routine flight expected to take just over an hour.

The plane went down at around 6:30 a.m. Monday, en route from Jakarta to Pangkal Pinang.

Indonesian authorities believe all 189 people on board were killed.

The so-called black box flight recorder has yet to be found.

Flight crew reported an issue with the plane the night before the flight, and repairs were carried out.

Police said Tuesday that 24 body bags had been transferred from the crash to a local hospital for post-mortems.

DNA samples have been taken from 132 family members of passengers on board to help with identification, but the Jakarta police commissioner warned that identifying the victims could be difficult, and each body bag so far transferred could contain the remains of more than one person.

At a news conference Tuesday, Muhammad Syaugi of Indonesia’s National Search and Rescue Agency said the identification process was proceeding as quickly as possible, but said it was unlikely the remains of all passengers would be found.

Cause of crash remains a mystery

The plane, a new Boeing 737 MAX 8, was carrying 181 passengers, as well as six cabin crew members and two pilots, bound for Pangkal Pinang on the Indonesian island of Bangka.

It made a request to air traffic control to return to the airport around 19 kilometers (12 miles) after takeoff, but did not indicate there was any emergency.

Radar data did not show that the plane had turned back, and air traffic controllers lost contact with it soon after, Yohanes Sirait, spokesman for AirNav Indonesia, the agency that oversees air traffic navigation, told CNN.

David Soucie, a former safety inspector with the US Federal Aviation Administration, said the fact that an emergency wasn’t declared should be a cause for concern.

“What’s most peculiar to me is the fact that they didn’t declare an emergency. They just simply said, ‘We’re going back’,” said Soucie, a CNN safety analyst.

“But when I look at the track of the aircraft after that, the aircraft made a very steep dive after that which is not typical of what they would’ve done,” he added. “They would have maintained altitude and made that turn and come back to (the airport).”

The plane had reported problems the night before on a flight from Denpasar to Jakarta, but engineers had checked and repaired the issue and given the plane clearance to fly, Lion Air Chief Executive Edward Sirait told local media.

AirNav Indonesia said the flight would have been given a priority landing spot had it declared an emergency.
“Something happened to lose control of that aircraft,” Soucie said.

He ruled out weather as a cause of the crash, however, since the plane did not appear to attempt to turn back toward Jakarta. “That says that something abrupt and very fast happened to the aircraft.”

Though the flight data recorder and voice cockpit recorder — the so-called black boxes — have yet to be recovered, Soucie warned that the emergency locator transmitters on them are somewhat unreliable, and could be undetectable, as they were with the missing Malaysia Airlines flight MH370.

“When that aircraft goes down, the first thing you find is those boxes, and if the signal that tells where they are isn’t working or is not designed properly, that’s a big problem,” he said. “It’s again more of a systemic problem than it is a particular aircraft.”

Black boxes typically provide information on the causes of the crash and final minutes of the flight.

Lion Air acquired the Boeing jet in August and it had flown only 800 hours, according to Indonesia’s National Transport Safety Committee (NTSC).

The aircraft is one of Boeing’s newest and most advanced jets, one of 11 such planes in Lion Air’s fleet.

In a statement, Boeing said the company was “deeply saddened” by the loss and offered “heartfelt sympathies” to passengers and crew on board, and their families.

Soucie said 800 hours was plenty of time “to get this tried and true.”

He added the MAX 8 was “the top of the line, it’s one of the best you can buy … I don’t see anything coming back towards maintenance on this issue or the flight of the aircraft itself.”

CNN aviation analyst Peter Goelz agreed that the loss of such a new aircraft was “highly unusual.”

But because Lion Air jet’s pilot and co-pilot were experienced — 6,000 and 5,000 flight hours, respectively — and weather did not seem to be a factor, investigators would be focusing on the aircraft, said Goelz, a former chairman of the US National Transportation Safety Board.

‘I have to be strong’

Agency staff are going through personal items recovered from the crash site, including passports, wallets and IDs. Images show a child’s bright red Hello Kitty money pouch among items retrieved from the sea.

One family member, 14-year-old Keshia Aurelia, was in high school when she heard the news her mother Fifi Hajanto had been on the plane when it went down.

“We cried a lot in (the crisis center) while we were waiting for the authorities,” she told CNN. “All of the families were crying. I’m not the only one suffering so I have to be strong.”

“My mom was a very kind person,” Aurelia added. “I don’t understand why (this happened).”

Nunik Hesti, 53, lost both her son and grandson in the disaster. The pair — Wahyu Aldilla and Xherdan Fahrezi — had traveled to Jakarta to watch a football game over the weekend.

“I saw the breaking news coverage of the plane crash,” she said. “My heart sank. I just lost it.”

Attention will also fall on the general safety record of Indonesia’s aviation industry, which has long lagged behind other countries in the region.

Lion Air was one of the dozens of Indonesian carriers banned from European airspace in 2007, following a series of crashes and concerns over falling safety standards.

That same year, a Garuda Indonesia plane with 140 people on board overshot the runway in the Indonesian city of Yogyakarta and burst into flames, killing 21 people on board.

The crash was one of a litany of accidents involving Indonesian airlines since 2000, including several involving Lion Air.

Others were not so fortunate, in 2014 Indonesian AirAsia Flight 8501 crashed in the Karimata Strait while flying from Surabaya to Singapore, killing all 162 aboard.

However, standards have since improved and major carriers — including Lion Air — were gradually removed from the European blacklist over the years. All remaining Indonesian airlines on the list were cleared earlier this year.
A similar ban, preventing Indonesian carriers from entering US airspace, was lifted in 2016.

Soucie, who was involved in several of the investigations resulting in Indonesia being cleared, said the 2007 ban had more to do with “the Indonesian government and their commitment to safety than it does about an individual airline.”

Indonesia, an archipelago nation of more than 13,000 islands, has seen a boom in domestic aviation in recent years, with passenger traffic tripling between 2005 and 2017, according to Australian consultancy the CAPA-Center for Aviation. Today, Indonesia has the world’s fifth-largest domestic aviation market after the US, China, India and Japan.

As of 2017, Lion Air, considered a budget carrier, controlled more than 50% of Indonesia’s domestic market, according to CAPA.

“What they (Indonesian government) dealt with there was a systemic issue, something that had to readjust or recalibrate the way that Indonesia looks at safety,” said Soucie. “They’ve come a long, long way.”