Industrialist Chris Kirubi to be buried on Saturday 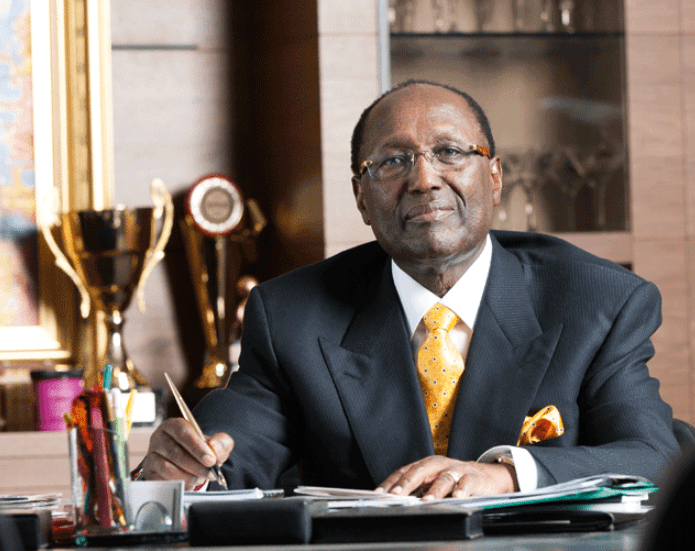 The funeral service of late Kenyan industrialist Dr. Chris Kirubi will be held on Friday at the Faith Evangelistic Ministry (FEM) church in Karen, Nairobi, from 11am.

Guest who will attend the ceremony, according to a statement from the organising committee seen by Citizen Digital, are requested to be seated by 10:30am.

The late prominent businessman will then be buried at his farm in Thika on Saturday.

Chris Kirubi, or DJ CK as he was fondly known, passed away at 1pm on Monday, June 14, at age 80 following a long battle with cancer.

The renowned businessman, who was diagnosed with cancer in 2016, passed on at his home surrounded by his family.

Kirubi was a leading Kenyan entrepreneur and philanthropist with investments in the media, manufacturing, property management, insurance and investment sectors.

He was also the Deputy Chairman of Bayer East Africa Limited as well as director and shareholder at the Centum Investment Group.

Dr. Kirubi was involved extensively with several African Governments. He worked with the Government of Ghana as a Board Member of the Investors’ Advisory Council and as Ghanaian Honorary Consul General in Kenya (2000 to 2008) and was the Honorary Counsel to the Republic of Mauritius in Kenya.

He was also Ambassador for the Kenya Country Brand and served as Chairperson of Brand Kenya Board from March 2016 – December 2017.

“He was passionate about making a difference in the lives of disenfranchised groups and was involved in a number of social causes,” said Centum Limited, in a statement.

At the time of his passing, he served on the Harvard Global Advisory Council (Massachusetts, USA) with a view to advising the institution on education matters of Africa.

He also served on the Institution’s Africa Advisory Council honing in on specific needs of the continent and was a founder Council Member of the AU Foundation.