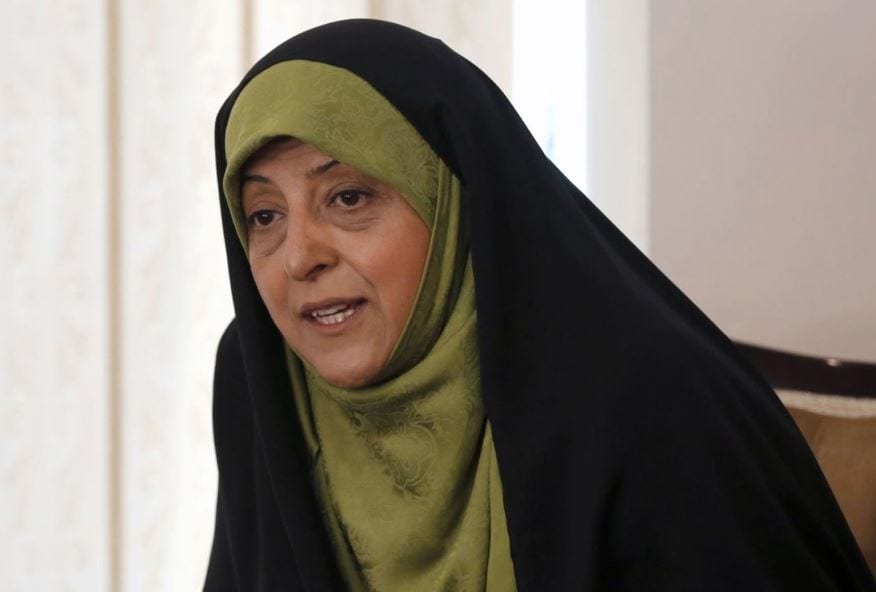 Ms. Ebtekar joins a growing number of at least 254 people who have tested positive for the infection in the country; 26 of whom have been killed.

She is most famously known as the English-language spokeswoman “Mary” for the 1979 hostage-takers who seized the U.S embassy in Tehran, leading to a diplomatic crisis that lasted 44 days.

She also, in 1997, became the first female member of the Iranian cabinet when she was nominated to head the Department for Environment.

News of Ebtekar’s infection comes barely a day after Iran’s deputy Health Minister Iraj Hairichi confirmed that he had also contracted the virus.

In a video posted online, Mr. Hairachi announced that he was under self-quarantine, further promising Iranian citizens that the government is stepping up measures to deal with the virus.

Mojtaba Zolnour, the head of the Iranian parliament’s National Security and Foreign Affairs Committee, has also contracted the virus and is under self-quarantine.

Fast-spreading outbreaks in Iran, Italy and South Korea, and first cases in several countries in the Middle East, have fed worries of a worldwide pandemic.

The outbreak threatens to isolate Iran further, with several countries suspending flights and closing borders. An airport representative said Dubai International Airport has suspended all flights to and from the Iran, with the exception of Tehran.

The United States has now pledged Ksh.200B to fight coronavirus with more than Ksh.100B going toward developing a vaccine, and the balance earmarked for therapeutics and the stockpiling of personal protective equipment such as masks.