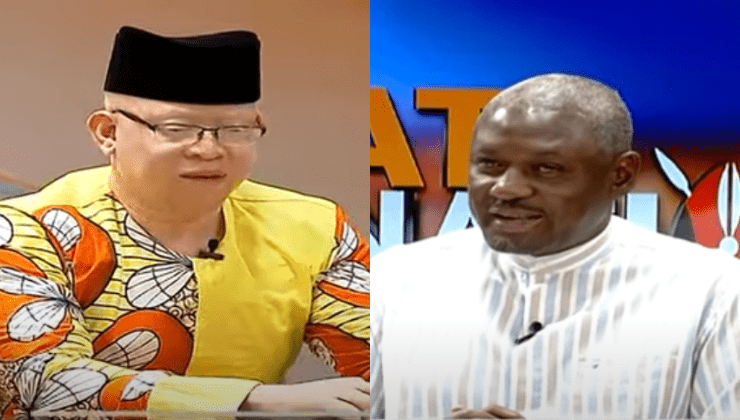 MP Otiende Amollo claimed that Senator Mwaura personally and together with others orchestrated the violence, calling for legal action to be taken against him.

“There is evidence that Isaac Mwaura personally and with others organized that violence. I have even seen clips of what he actually said to try and incite both traders and the youth against the visit by Raila Odinga. This kind of intolerance should not just be left just for political discussion. It is something that must be visited by the appropriate criminal sanctions against the inciters,” said the Rarieda MP.

On his part, the nominated senator alleged that the goons who caused chaos at the Githurai rally were hired from the nearby Baba Dogo area by ODM MPs Babu Owino and TJ Kajwang.

Mwaura claimed that the riots were a smokescreen created by the ODM leaders so that their political rivals would be blamed for the incident.

“Githurai people are very peaceful. There were goons that were hired from Baba Dogo and they were properly mobilised. They are the ones who caused chaos… These goons were hired by TJ Kajwang and Babu Owino. Edwin Sifuna had tweeted about it and  supported by Philip Etale. ODM is very well known for violence. You can tell when a situation is choreographed. The idea was to blame others for the chaos,” said Senator Mwaura.

Isaac Mwaura, Nominated Senator: Githurai people are very peaceful…goons were hired from Baba Dogo by TJ Kajwang & Babu Owino…they’re the ones who caused chaos. All Mt. Kenya leaders who were supposed to accompany Raila switched off their phones.#DayBreak / @TrevorOmbija pic.twitter.com/zqz8ZeQPOP

He further dismissed Mwaura’s assertion that Mt. Kenya leaders allied to the handshake team had snubbed the meeting, saying that the function was organised by traders and not politicians.

“The governor never showed up, the deputy governor and so-called kieleweke leaders from Mt. Kenya who were supposed to accompany Raila switched off their phones,” claimed Mwaura.

In response, Otiende Amollo said: “This visit was not organised by politicians. so the question of which politician was there or not is irrelevant. This visit was requested by the leadership of the traders themselves.”

“Isaac Mwaura is a man I have respected, but now he is putting my respect to the test. Those are statements meant to make him appear as if he is in the forefront of tanga tanga so that if he does not make it then he gets the third nomination,” added the Rarieda MP.

Otiende Amollo, MP, Rarieda: There’s evidence that Isaac Mwaura personally organized that violence…it’s illogical for Raila to hire goons to disrupt his own rally…Mwaura is a man I have respected, but now he is putting my respect to the test #DayBreak / @TrevorOmbija pic.twitter.com/JSXisyjyrR