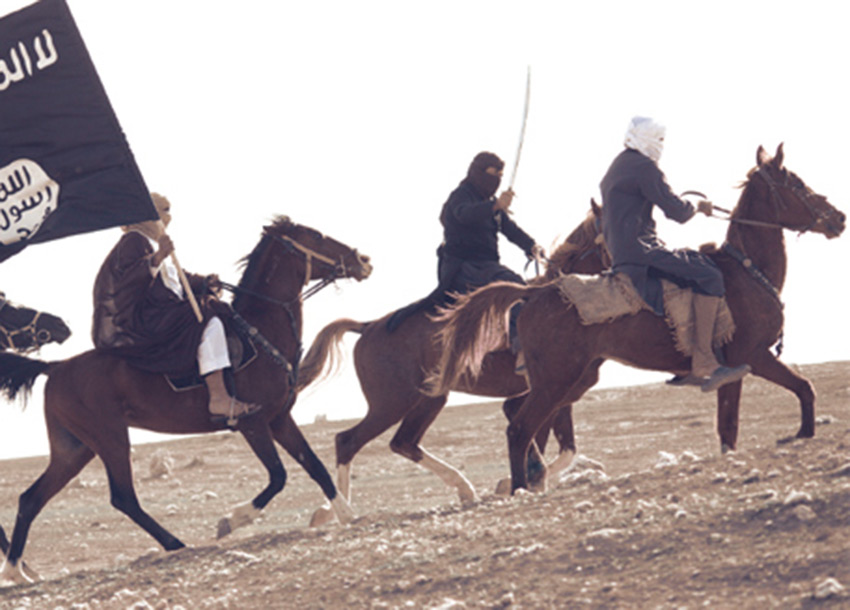 The ultra-hardline movement that has seized large areas of Syria and neighbouring Iraq has also amassed thousands of fighters along a coastal strip in Libya, where it has taken the city of Sirte and attacked oil infrastructure.

African and Western governments fear that the vast, lawless Sahel band to the south will become its next target, and say any large regional presence could be used as a springboard for wider attacks.

“If something like that happens, the whole Sahel is (affected),” he added on the sidelines of the annual U.S.-led ‘Flintlock’ counter-terrorism exercises in Senegal.

The arid region stretching from the Sahara Desert to the Sudanian Savanna, is already home to roving al Qaeda (AQIM) fighters who were scattered but not defeated by a 2012 French military intervention in Mali.

A closed-door seminar for senior military officials in Dakar this week organised as part of Flintlock is focusing on the militant challenge in northwest Africa which “is becoming more lethal, more complicated and more menacing,” according to a document handed to participants.

The United States military has its own Africa Command, focused on combatting militancy and other threats, though it says it is rarely involved in fighting, concentrates on training and is headquartered in Stuttgart, Germany.

Niger and Chad are already grappling with incursions in the south from militants loyal to Nigeria’s Boko Haram which is allied to the Islamic State.

A Western intelligence source on the sidelines of the conference said Islamic State fighters had already entered Niger, although this could not be independently verified.

Chad, a Western military ally in the region which denounced NATO air strikes in Libya in 2011 and opposes new ones, also expressed concern.

“We are informing traditional and religious leaders in the north so they are prepared to prevent Daesh (Islamic State) from coming into our territory,” said Colonel Khassim Moussa, head of Chad’s Special Antiterrorism Group on the sidelines of the conference.

Checkpoints had been set up near the border, he added.

Islamic State fighters first gained a stake in Libya’s eastern city of Derna in 2014, but were mostly driven out in the summer of 2015 by rival Islamist fighters and residents opposed to foreign jihadists.

A year ago, they seized Sirte, the hometown of Libya’s ousted strongman Muammar Gaddafi, and consolidated power there. The group wants to impose its harsh brand of Islam in caliphate across the Muslim world and beyond.

A Sirte resident said on Thursday that some districts were being evacuated and fighters were building defences around the city amid fears of Western attacks.

U.S. and European officials say they are looking at ways to counter Islamic State in Libya, including possible air strikes, though officials say efforts could be held up by political turmoil in the Opec member.

Laurence Aida Ammour, a consultant and Sahel security expert who briefed participants in Dakar, said air strikes would cause a “mercury effect”, pushing ISIS fighters in various directions, including southwards like small globules of the element.

“If they go south then there’s a highway open to Niger, Chad, Burkina Faso and Benin,” she said, adding that only Libya’s powerful Misrata militias could stop them.

Col. Moussa said he expected NATO to help protect Chad’s northern border. “It’s them who got involved in Libya, it’s up to them to fix it.” (Additional reporting by Ayman Werfali in Benghazi and Patrick Markey in Algiers; Editing by Matthew Mpoke Bigg and Andrew Heavens)