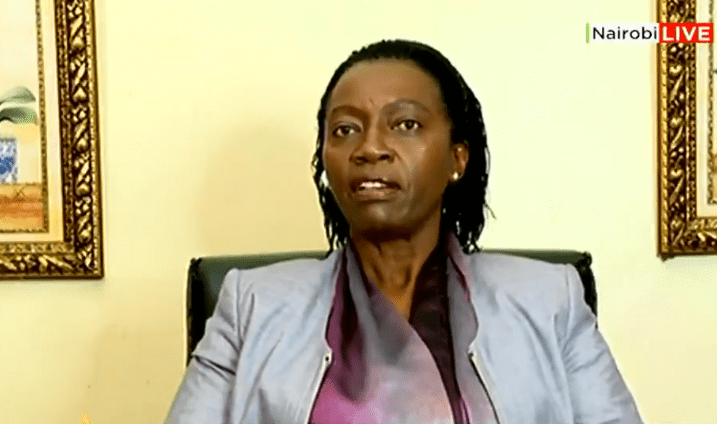 “President Kenyatta should be bringing the nation together and leading by example by having a good working relationship with his deputy. He has set a bad example where a president can ignore the constitution and the law and lock out his deputy from work. One wonders then who would want to be a deputy in those circumstances,” said Karua.

She pointed out that it is allowed for the President and his deputy to disagree on certain issues but they should develop a workable relationship, failure to which they should step aside and pave way for the election of new leaders who can work together as a unit.

“Previously we had some governors mistreating their deputies. This is completely unconstitutional. The president has joined the bandwagon. It is a bad example. They should be able to agree to disagree…to differ with respect on some aspects but to continue to operate as the presidency,” said Karua.

“They can both resign and pave way for the elections. They were elected as a unit and should operate as a unit. If the president feels he can no longer work with his deputy and if his deputy has done anything that contravenes the constitution, the only way put is either impeach him or put up with him and develop a workable relationship.”

Karua maintains that the handshake with ODM Leader Raila Odinga should not stop Uhuru from working together with Ruto.

Martha Karua – Party Leader, NARC KENYA: The president needs to reflect and ask whether it is a priority to embrace the rule of law. It has become the whole mark of this government to flagrantly disobey court orders#DayBreak@SamGituku pic.twitter.com/JJUCLf9Bq9

The frosty relationship between Uhuru and Ruto is an open secret, with the country’s second-in-command having previously addressed the matter.

In an interview with Citizen  TV on April 15, 2021 Ruto said he has been under attack from individuals close to President Kenyatta and the Head of State himself has failed to tame the said persons, leaving him (Ruto) to be humiliated.

The DP said should he become President he would never allow his deputy to undergo the kind of treatment he has been subjected to.

According to DP Ruto, after the 2017 elections President Kenyatta decided to change the style of delivering government business, prioritized other agenda like BBI  and also opted to have other people in his inner circle advice him on the mode of operation.

“The way I worked with my boss from 2013-2017 is different from the way we have worked from 2017 to now and it is a change of style. From 2013-2017 we worked as a pair and we conducted government business in a manner in which we agreed. I held most of the meetings of the Cabinet meetings,” he said.

Nonetheless, the DP says he has no problem with the route the President chose to take, however he maintains it was a departure from what they had initially agreed on how to run government and fulfil the Jubilee agenda.