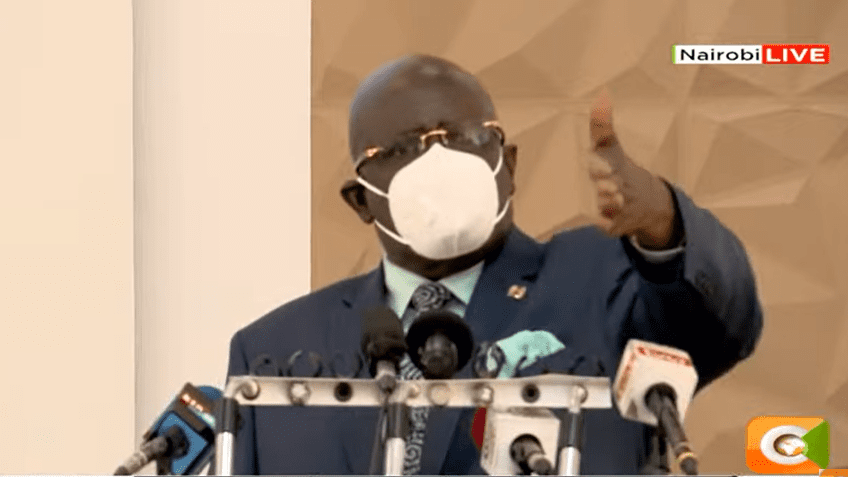 The CS cited a school in Western Kenya, which he did not name, where almost the entire class of candidates selected the same secondary schools, and in the same order, terming this as carelessness on the part of the school.

He added that this has now resulted in the candidates missing out on their preferred choices.

“During the selection, it became clear to us that, a big number of candidates did not receive proper guidance and direction when choosing schools. For instance, we were dismayed by one school whose almost entire class of candidates selected the same secondary schools, and in the same order,” said Magoha.

“This act, which borders on carelessness on the part of the school, made many of the candidates to miss their preferred schools because it is impossible to select more than five learners from the same primary school.”

The Education CS was speaking on Tuesday at the Kenya Institute of Curriculum Development (KICD) in Nairobi as he launched the 2021 Form 1 selection and placement results.

“We wish to call upon head teachers and parents to ensure candidates make wise choices through proper advise. I also direct my relevant Ministry officials to mount proper sensitisation programmes on the Form One selection process,” he said.

Prof. Magoha reiterated that this year’s Form One selection was fully computerised right from national to sub county levels.

“As such, there will be no selection of Form One candidates at sub county level as was the case in the past,” said Magoha.

He pointed out that all candidates who sat the exam will be admitted to different schools across the country in line with the government’s policy of 100 per cent transition to secondary school.