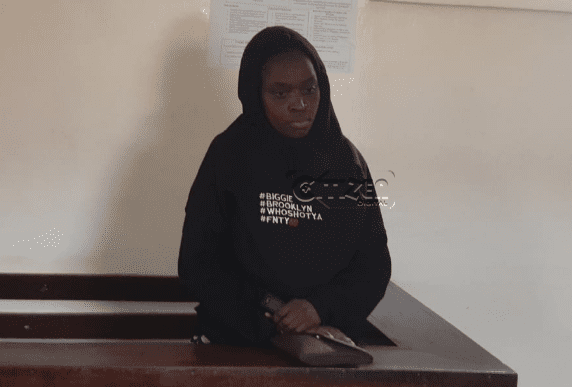 A journalist attached to the Nation newspaper stationed in Siaya County has recorded a statement with the police alleging threats to his life by a senior officer linked to an ongoing murder case.

Ms. Kerubo, who was arrested in connection with the brutal murder of Star Newspaper journalist Erick Oloo, was on December 2, 2019 arraigned at the Siaya Law Courts.

According to Wasonga, the Deputy OCS called him claiming that he damaged her reputation with the stories he has been publishing since Oloo was found murdered in her house.

In a recorded phone conversation shared with the police and heard by Citizen Digital, the caller – believed to be Ms. Kerubo – is heard warning the receiver – believed to be the journalist – that he painted her in bad light and that he would also face unspecified consequences.

“You gave the wrong perception to the public…it was a one-sided story…let me tell you Dickens, whatever you did to me, you will pay for it…” the woman is heard saying in part.

“You damaged my reputation…did I kill that journalist? That was the first impression you gave to people…useless…umbwa kabisa hii…”

The journalist is, on the other hand, heard explaining to the officer that wrote his stories based on police reports but she hears none of it.

Bondo sub-county Police Commander Anthony Wafula has confirmed that the journalist indeed recorded a statement with them.

Erick Oloo was found dead inside the house of the Ugunja Deputy OCS on November 21 in what was suspected to be a love triangle murder.

A postmortem conducted on the body revealed that he died of excessive bleeding after suffering a blunt injury on the head and a severe hemorrhage intra-abdominally.