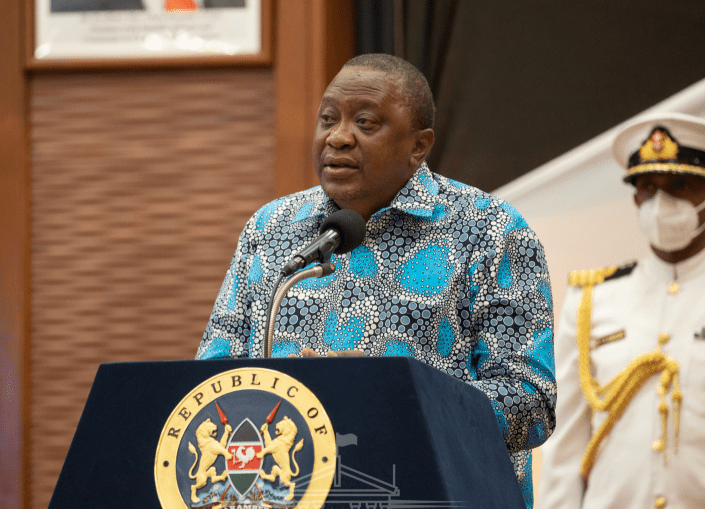 The High Court in Nairobi has temporarily barred the Judicial Service Commission (JSC) from investigating or prosecuting the six judges who were not appointed by President Uhuru Kenyatta pending the hearing of a petition.

“I have considered the application and I’m satisfied that the petitioner has demonstrated a prima facie case,” ruled Justice James Makau.

Similarly, the court issued orders prohibiting the publication of President Kenyatta’s report on the refusal to appoint the six judges.

Justice Makau also barred the commission from convening, in a meeting through any form, any action against the judicial officers allegedly adversely mentioned in the report by the president.

The orders followed a petition by Bernard Odero Okello who moved to court saying that the president has discriminated against the six judges.

He argued that Article 166 (1) (b) of the Constitution provides that the President shall appoint all judges in accordance with the recommendation of the JSC.

In another petition filed by a doctor in Nakuru, the names of Chief Justice Martha Koome, AG Paul Kihara Kariuki and the appointed 34 judges have been struck out from the case challenging the appointment of the 34 judges.

The parties had been sued in their personal capacity with the 34 judges named as interested parties.

Justice James Makau directed that the file be forwarded to the Chief Justice for empanelment of judges to hear the case.

In the case, Dr. Magare Gikenyi Benjamin challenged the appointment of the 34 judges saying that it’s unconstitutional.

The doctor wants the court to compel the Chief Registrar of the Judiciary alongside the Chief Justice to swear in the four judges and two magistrates left out by the President.

Dr. Gikenyi wants Justices George Odunga, Joel Ngugi, Weldon Korir, Aggrey Muchelule, and Magistrates Evans Makori and Judith Omange to be deemed to have been dully gazetted and appointed within the meaning of Article 166(1) of the Constitution.