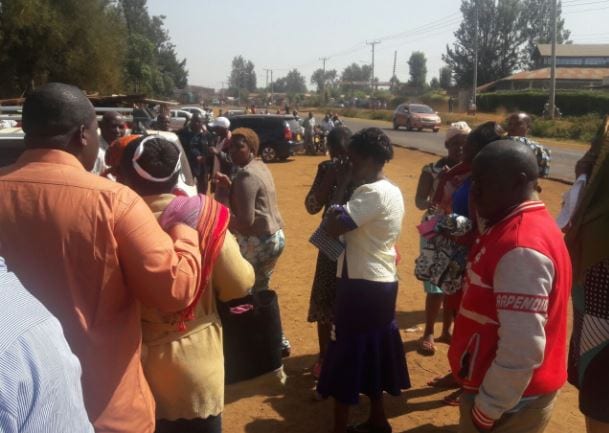 Two people including a son of the Jubilee Party Vice Chairman in Kirinyaga County, James Muriithi Kangara, died on Sunday morning following a road accident at Kang’aru area along Kagio-Sagana road in Kirinyaga.

Titus Kangara, 30, died while undergoing treatment at Kagio Nursing Home where he was rushed following the 2am accident that also claimed the life of a 24-year-old police officer identified as Peter Macharia Muiga and left two others seriously injured.

Mwea West OCPD Samuel Saurye confirmed the accident that involved a motorcycle and a saloon car.

The police officer, two of his cousins and the politician’s son had been playing pool at a local joint before they left on a motorcycle heading home in the wee hours of the night.

On their way home, a saloon car heading in the opposite direction lost control, veered off its lane and rammed into the motorcycle.

The four were heading to Sagana from Kagio while the saloon car, which had three occupants including the driver who was allegedly drunk, was heading to Kagio from Sagana.

The police officer died on the spot while his three friends who sustained serious injuries were rushed to Kagio Nursing Home where the politician’s son died.

The two other survivors were transferred to Kenyatta National Hospital in Nairobi.

According to the Mwea OCPD, the occupants of the saloon car, among them a woman, abandoned the car and fled on foot.

The vehicle was towed to Sagana Police Station as police kicked off a manhunt for the three suspects.

The bodies of the deceased were moved to Kibugi Funeral Home in Kutus, Kirinyaga.