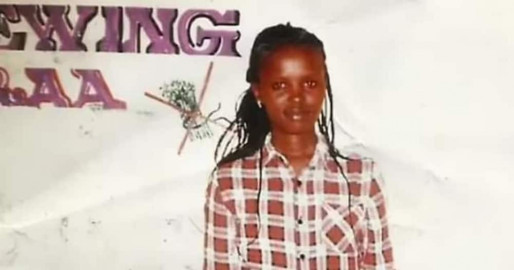 Members of Parliament have threatened not to pass the Kenya-British military agreement that could see UK forces vacate their Nanyuki training base unless the culprits in the killing of Agnes Wanjiru are surrendered and prosecuted under the Kenyan law.

MPs warned Defense CS Eugene Wamalwa that the House could turn hostile when the agreement comes up for debate especially after 9 long years of Wanjiru’s family seeking justice.

The agreement that has been in use between the two countries elapsed and the National Assembly is required to pass another agreement to enable the continuation of the partnership.

“We have this draft agreement between Kenya and UK. We have a long-standing relation with the UK. We are looking at an agreement that has lapsed and now requires renewal unfortunately now when we are about to do the renewal, this subject of Agnes Wanjiru come up,” said Mandera North MP Bashir Abdullahi.

“Until we have concrete evidence to suggest that the Kenyan government is looking into this matter and the culprit will be brought to book under the Kenyan justice system, only then will we append our signature on the defense cooperation pact.” He added.

Session chair and Saku MP Dido Raso said although the presence of the forces has a huge economic benefit to the country, there was need for assurance in dealing with the matter before the agreement is submitted to the House for ratification.

He warned that the hostility between the host community in Nanyuki and the British soldiers could endanger both the locals and the soldiers if the issue is not promptly dealt with.

CS Wamalwa however assured the MPs that despite justice having been delayed, the government is determined to make sure Wanjiru and her family get justice.

He said he has met with the visiting British defense Minister Ben Wallace and the British Government has assured him that they will cooperate fully with the Kenyan authorities to ensure justice is achieved.

Inspector General of Police Hillary Mutyambai on Monday directed the DCI to re-open the case on the murder of Agnes Wanjiru, who was killed by a British soldier 9 years ago.

Taking to Twitter, Mutyambai directed investigators to compile all the available evidence and witness accounts and ensure the case is concluded before a court of law.

"I have directed the DCI to re-open the case and compile all the available evidence and witness accounts and ensure the case is concluded before a court of law," said Mutyambai.

He also called on authorities in the United Kingdom to collaborate with their Kenyan counterparts to conclude the case and administer justice.

The family of the late Agnes Wanjiru is agitating for justice and compensation after details emerged of how a British soldier in Nanyuki brutally murdered the 21-year-old mother of one.

Sunday Times, a UK publication detailed how the accused soldier confessed to fellow soldiers, with reports of cover-up of the murder by British Army bosses now emerging.