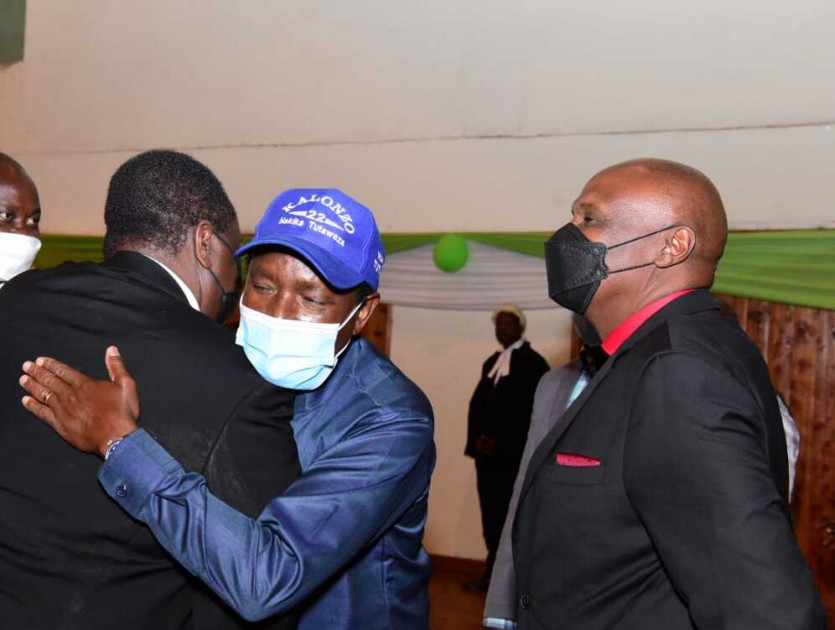 One Kenya Alliance (OKA) co-principals Stephen Kalonzo Musyoka and Gideon Moi as well as presidential hopeful Jimi Wanjigi walked out of Musalia Mudavadi's function at the Bomas of Kenya on Sunday afternoon.

The three walked out after Deputy President William Ruto's allied MPs made a grand entry to the auditorium hosting the much-awaited event.

The attendance of the MPs in a function to endorse Musalia to vie for Presidency was seen as an indication that Mudavadi could be teaming up with Ruto for August 9 General Election.

All indications have been that Musalia would be willing to work with Ruto, with his ally and Kakamega Senator Cleophas Malala leading the charm.

"We in the ANC party have been categorical that you won't choose friends for us, your enemies must not necessarily be our enemies," Malala has been previously quoted as saying.

Moments after the walkout, KANU political affairs secretary and OKA spokesperson Fredrick Okango, through a tweet, stated that OKA could not condone Mudavadi’s political games, adding that they were moving to ‘higher grounds’.

“OKA has today walked out of Mudavadi's 'earthquake' meeting. We are moving to higher grounds where Kenyans are safer. It is a wrap with nasty political games,” wrote Okango.

The leaders further expressed best wishes for the ANC leader.

“We would like to wish Mudavadi the best of luck as he joins his other partners. There is no room for damages,” the tweet added.