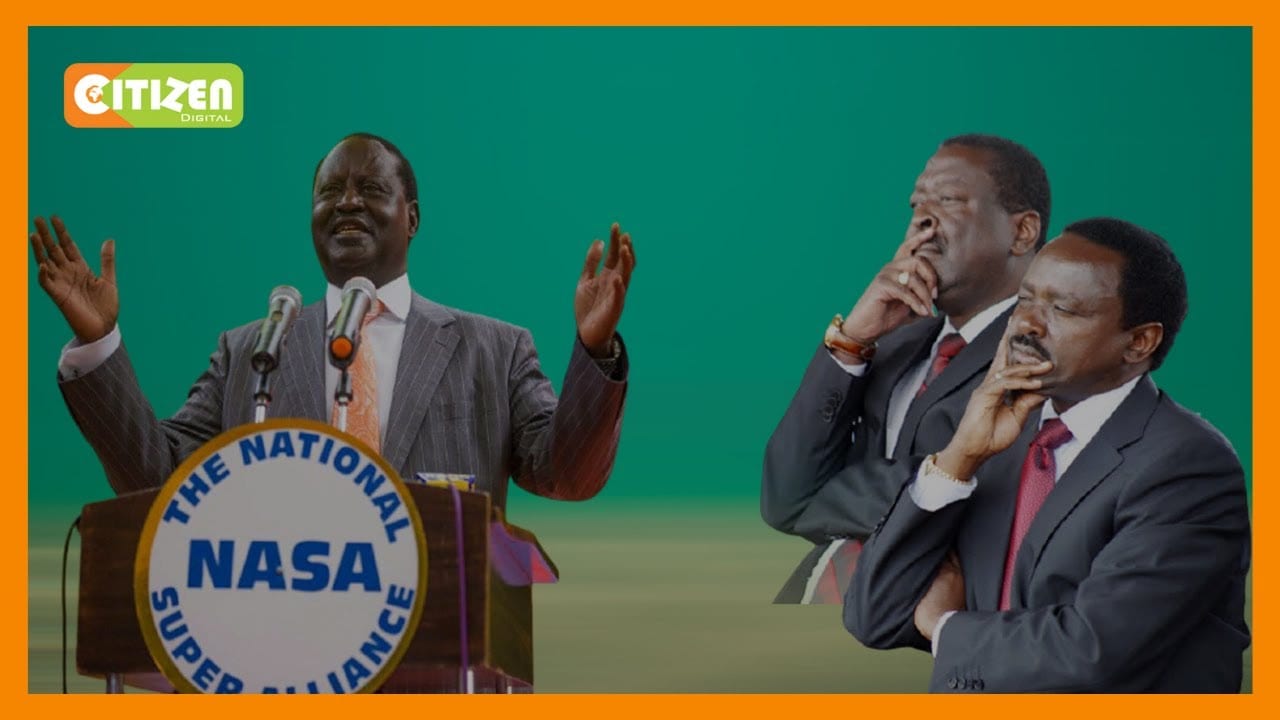 In its heyday, the National Super Alliance was the massive political juggernaut that gave the then first term Jubilee government sleepless nights.

Cobbled together in the run-up to the 2017 general election, NASA had all the trappings of a government in waiting, bringing together key political figures that had graced the country’s political scene for decades.

Raila Odinga who had led a similar outfit known as CORD before the 2013 General Election…was again at the helm of the brand new machine formidably challenging Uhuru Kenyatta’s re-election bid ..

The NASA onslaught would continue all the way to the supreme court when the electoral commission declared that the coalition had lost the August 8 presidential election, recording a historic victory when the apex court nullified that election on September 1.

The makings of trouble in the coalition emerged with the controversial swearing in of Raila Odinga as the so-called people’s president, a move that was aimed at forcing the hand of President Kenyatta who had himself been sworn in to begin his second term, raising the political temperatures in the country to worrying levels.

The three NASA coalition partners showed less than enthusiastic support for the swearing in, and for reasons that remain disputed, only Raila Odinga showed up at Uhuru park on January 30 for the ceremony..

The March 9 handshake further threw off the three NASA partners all of them becoming mere spectators as Raila and Uhuru began a surprising chapter in the country’s politics.

From the by-elections, where the coalitions partners have run against one another to the quarrels about political parties cash the NASA house has been a veritable tower of babel and even the latest claims by the ODM leader that the coalition could yet survive, are not sitting well with the other partners.

Kalonzo together with the other two NASA colleagues Musalia Mudavadi and Moses Wetangula, have since hitched wagons with KANU’s Gideon M in what has been dubbed the One Kenya Alliance.

The new outift just like Raila Odinga has coalesced around President Kenyatta but with no clear indication on who its flag bearer will be next year.

The confusion in the NASA house now seems to be ready fodder for the deputy president who has fallen out with his boss President Kenyatta over among other things, the 2018 handshake.

Ruto says, the NASA dream is over.

President Kenyatta has indicated that he would like to hand over to someone within the NASA team but with the current jostling, the succession arithmetic around him is getting more complicated by the day

And the confusion in NASA is only making a bad situation worse for him, with just 13 months to the next general election.