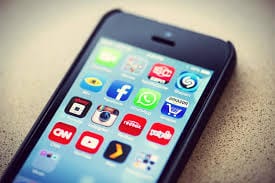 Raila’s rally was called off at Baringo after a section of Jubilee supporters started burning NASA’s attires.

Subsequently, President Kenyatta and his deputy, William Ruto, were heckled at Kisumu where they had visited to urge Kisumu residents to support the Jubilee Party.

Mr. Kaparo cautioned social media users on spreading sensitive information as witnessed Wednesday where it was circulated on WhatsApp groups within a short time span.

The NCIC chairman said that five people were arrested and are in custody for conspiracy to cause chaos and spreading hate speech via their social media networks.

He added that the use of pseudo names on social media is a major problem facing his commission and his team will effectively deal with those involved.

“We will deal firmly with administrators of WhatsApp groups being used to spread hate speech,” said Mr. Kaparo.

Among these, 12 are national and 36 county-based.