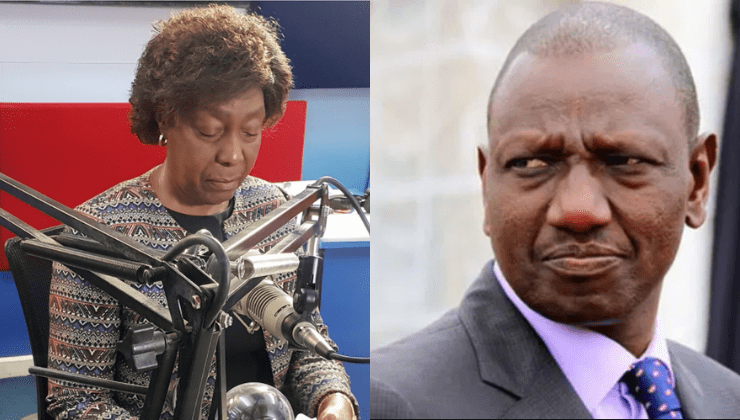 Kitui Governor Charity Ngilu has come out guns blazing to hit at Deputy President William Ruto for allegedly abandoning the initial Jubilee government agenda to pursue his own political interests.

Governor Ngilu told off DP Ruto for what she termed as focusing on sideshows and 2022 politics instead of helping President Uhuru Kenyatta to execute the mandate under which they were elected to office.

The former presidential candidate challenged Ruto to show Kenyans his development record during the time he has served as DP in the Jubilee government and allow them to judge him from that and not any perceived antics.

According to Ngilu, who spoke on Radio Citizen’s ‘Jambo Kenya’ show on Thursday morning, the DP needs to refocus otherwise he will only serve to derail the agenda of the very government he serves.

“DP William Ruto needs to refocus and help President Uhuru Kenyatta deliver the promises they both made together to Kenyans. His engagement in 2022 sideshows with his lieutenants within government only serves to derail government programs.”

The DP @WilliamsRuto needs to refocus and help President Uhuru Kenyatta deliver the promises they both made together to Kenyans. His engagement in 2022 sideshows with his lieutenants from within government only serves to derail government programs. @RadioCitizenFM #JamboKenya

The Kitui County chief further said there was no talk of succession politics during the recent visit to State House by leaders drawn across the Ukambani region.

She said they only paid a courtesy call to the Head of State to bring him up to speed about their development agenda as a region and ask him for help as the leader of the national government where necessary.