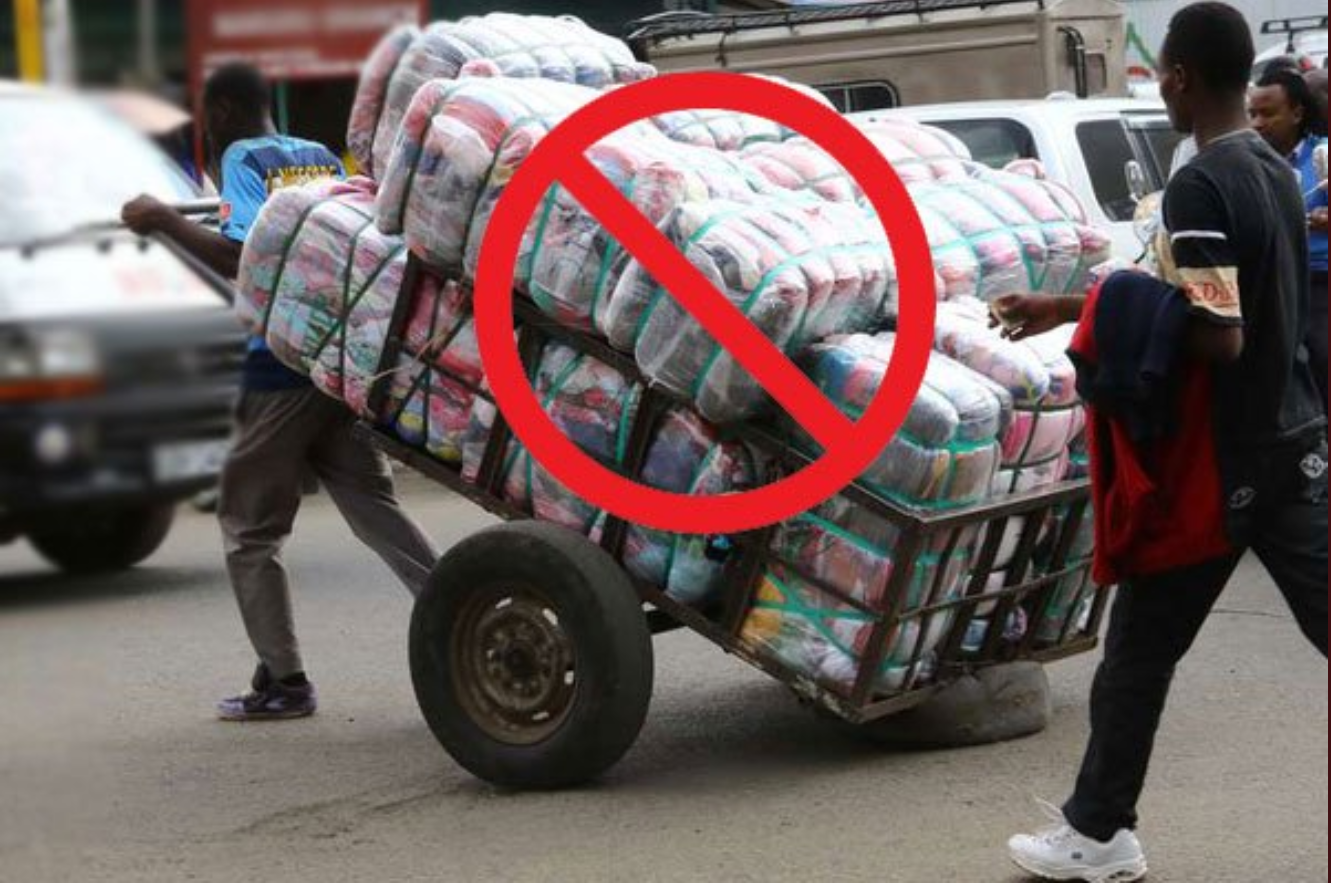 The Kenya Bureau of Standards (KEBS) has banned the importation of second-hand clothes and shoes-otherwise know as “mitumba”- until further notice.

In a notice sent out to the importers and the public, KEBS said the move was precautionary in light of the new coronavirus pandemic.

” As a precautionary measure, KEBS wish to notify the public and all Importers of used garments (Mitumba) and used shoes that the importation of used garments and used footwear, is hereby prohibited with immediate effect, until further notice,” the notice read.

Further, KEBS explained that no consignment of used garments or footwear will be accepted from a country that is battling the pandemic.

She however noted that traders would have a hard time importing second-hand goods into the country in regard to the coronavirus scourge.

Further, she reiterated that there is an opportunity for Kenya to focus on producing quality apparel for consumption locally and internationally.

Kenyan traders import second-hand clothes and shoes from Europe, Asia and North America which are then sold across the country in stalls and open-air markets.

In 2019, Kenyans spent an impressive KSh. 11.96 billion on importation of second-hand clothes and footwear in the first six months of the year.

The figure had risen by 13% from the previous year highlighting Kenya’s appetite for the foreign brands.

The lucrative second-hand clothing market had seen Chinese traders open shops in Gikomba, Kenya’s largest informal market for mitumba to cash in on the opportunities.