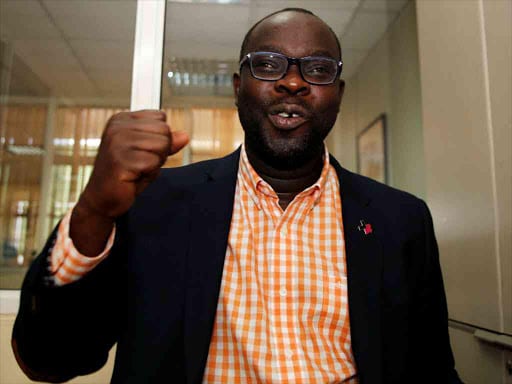 Kibra Member of Parliament Ken Okoth had many great visions for the country and one that many will remember him by was his push to have marijuana legalised in Kenya.

The MP, who died on Friday, July 26, 2019, went as far as writing to National Assembly Speaker Justin Muturi to petition for the legalisation of the banned drug in Kenya.

Mr. Okoth, at the same time, wanted all criminal records against citizens with prior convictions of marijuana use dropped and amnesty measures instituted.

In a letter dated September 21, 2018, the legislator petitioned Parliament to regulate the growing and safe use of marijuana in Kenya.

“The proposed Bill seeks to ensure that there is regulation for growth and safe use of marijuana and hemp including the registration of growers of growers, producers, manufacturers and users with special focus on protection of children/minors from illicit use just as we do with tobacco and alcohol,” read the MP’s letter.

The legislator also wanted research and policy development on growth and use of marijuana and hemp for medical, industrial, textile and recreational purposes “with a focus on preservation of intellectual property rights for Kenyan research and natural heritage, knowledge and our indigenous plant assets.”

“Progressive taxation measures for the marijuana industry to boost economic independence of Kenya and promote job creation along the full spectrum of the value addition chain for marijuana and hemp,” he told Speaker Muturi.