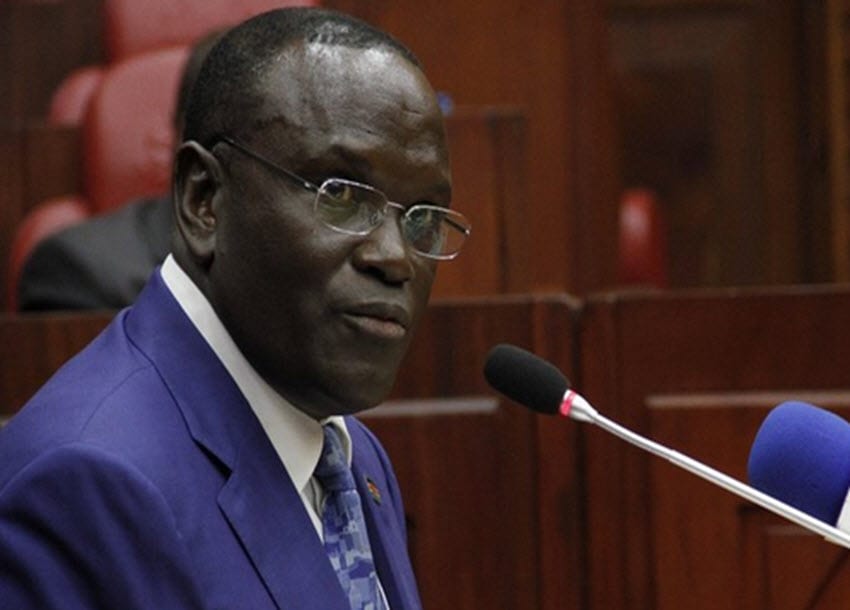 The Cabinet Secretary for Health, Dr. Cleopa Mailu, on Wednesday launched a new environmental sanitation and hygiene policy that could help the country save Ksh 27 billion lost annually due to poor sanitation.

“Apart from the burden of sickness and death, inadequate sanitation threatens to contaminate Kenya’s water sources and undermine human dignity,” Mailu said during the launch of four documents to help formulate public health legislation published with the support of the World Bank Group’s Water and Sanitation Program (WSP) at a Nairobi hotel.

Only 32 percent of the rural Kenyan population has access to improved sanitation and 14 per cent or more than six million Kenyans still defecate in the open, according to the Ministry of Health.

Mailu said the government and development partners have began to embrace a range of complementary strategies to ensure universal access to improved sanitation and a clean and healthy environment, dignity, social well-being and quality of life for all Kenyans.

“The 2015-2030 policy is a result of nationwide consultations and validation meetings and adopts a rights-based approach towards achieving Kenya Vision 2030 and the global Sustainable Development Goals (SDGs),” Dr Mailu added.

He announced plans to end open defecation and ensure clean and healthy environment for all by reducing pollution, eliminating dumping, minimizing release of hazardous chemicals and materials and untreated waste water into the environment and by substantially increasing recycling.

WSP Principal Regional Team Leader Mr Glenn Pearce-Oroz said the launch of the policy would enable every Kenyan to enjoy the full complement of their constitutional right to the highest attainable standards of health, sanitation, hygiene, clean and healthy environment.

“Kenya needs sustained efforts to get rid of water-borne diseases that continue to kill people,” he said.

According to the World Health Organization (WHO) and the United Nations Children Education Fund (UNICEF) Joint Monitoring Programme (JMP) update for 2015 over six million Kenyans still defecate in the open resulting in the prevalence of diseases such as diarrhoea, amoeba, typhoid and cholera.

The ministry has also published the Prototype County Environmental Health and Sanitation Bill and the National ODF (Open Defecation Free) Kenya 2020 Campaign Framework to assist and guide county governments formulate enabling legislation for the implementation of Articles 43(1) (b) and 42 of the Constitution.

The Acting Director of Public Health in the Division of Environmental Health, Dr Kepha Ombacho said the framework will guide stakeholders in implementation of the campaign to ensure that Kenya becomes open defecation free by the year 2020.