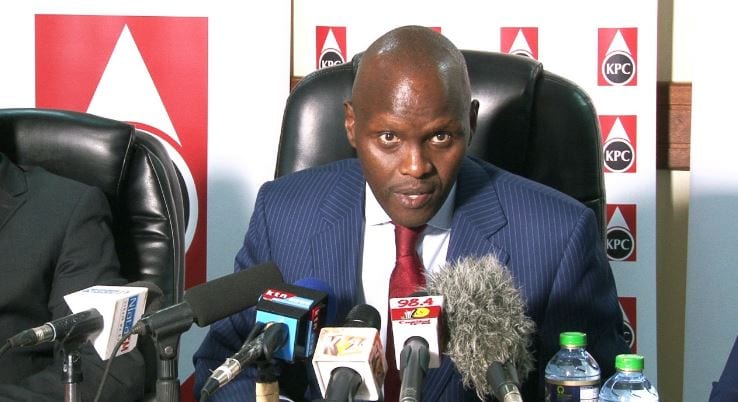 Kenya Pipeline CEO Joe Sang will not be renewing his contract at the company, the Board has said.

A statement to newsrooms on Tuesday morning cited ‘personal reasons’ for the decision which comes two months after Sang was summoned over the Ksh.1.8 billion Kisumu oil jetty scandal.

“The Board acknowledged the various contributions made by Mr. Joe Sang during his tenure and welcomed his assurance of full cooperation during the transition. The Board will immediately embark on a process of recruiting a Managing Director,” the statement reads.

His tenure is expected to end in April 2019.

The Kenya Pipeline Company has been under investigation over allegations of massive corruption at the State corporation.

On October 17 this year, Director of Criminal Investigations (DCI) George Kinoti summoned Sang, Board Director John Ngumi and five others to record statements over the jetty scandal.

Four months before that, Kenya Pipeline Company was fighting claims that over Ksh.95million was lost to fraudulent procurement deals.

Sang later announced that they had been sent on compulsory leave to pave way for investigations.

He has been the KPC boss since April 2016 after holding the fort in acting capacity for four months following the quiet exit of his predecessor Flora Akoth.

Others who have served at the helm of KPC include Selest Kilinda and Charles Tanui.