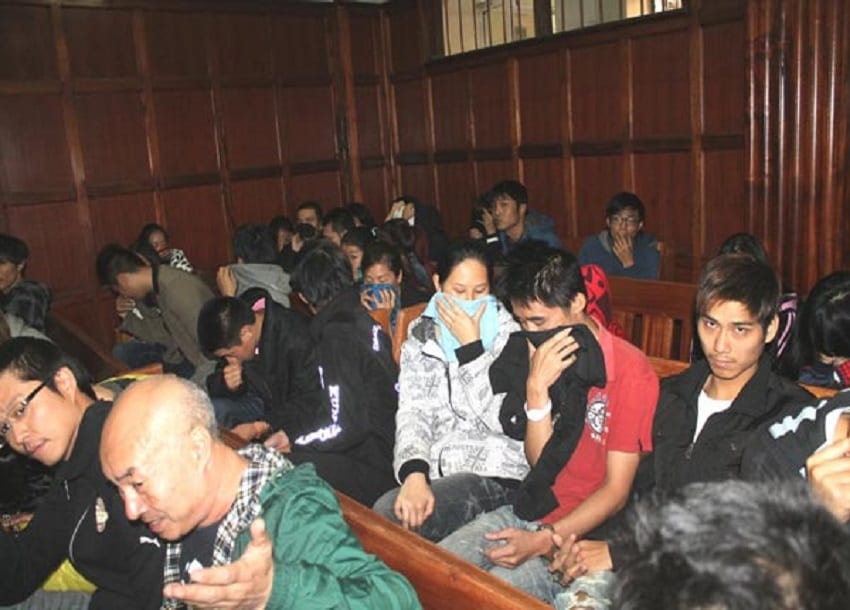 Kenyan police broke through a police station wall and threw tear gas canisters to force a second group of Taiwanese on to a Chinese plane on Tuesday, Taiwan’s foreign ministry said, in a bizarre diplomatic row in which Taiwan has accused China of abduction.

The Kenyan government and police were not immediately available for comment.

Taiwan on Monday accused China, which regards the self-ruled island as a breakaway province, of kidnapping eight of its nationals, who it said had been acquitted in a cyber crime case in Kenya, and deporting them to China on Friday from the Nairobi district of Kilimani. It said China had pressured Kenyan police to put the eight on the plane.

On Tuesday, another 37 Taiwan nationals were forced on to a Chinese plane, Taiwan’s Foreign Ministry said.

“The 15 locked up at the police station steadfastly refused to be deported (to China),” said Antonio C.S. Chen, the chief of Taiwan’s foreign ministry department in charge of West Asian and African Affairs.

“So police broke through the wall, threw tear gas and then about 10 police entered with assault rifles,” Chen told a news briefing in Taipei.

Kenya’s attorney-general said in January it was considering a request from Beijing to extradite 76 Chinese charged with cyber crime in Kenya for trial in their homeland.

But Taiwan said some of these people were actually from Taiwan and that a total of 23 of its people had been acquitted last Tuesday by a Kenyan court and given 21 days to leave.

China views Taiwan as a wayward province, to be brought under Beijing’s control by force if necessary. Defeated Nationalist forces fled to the island in 1949 after a civil war with the Communists now in control in Beijing.

Only 22 countries recognise Taiwan, with most, including Kenya, having diplomatic relations with Beijing, recognising its “one China” policy.

Taiwan has been in an uproar since the eight were forcibly deported.

Chen said the 15 Taiwanese put on the plane on Tuesday likely had barred the door into the room they were being held in, while video footage carried by Taiwan media showed young men speaking the Taiwanese dialect in a cramped room, readying for a fight against a closed door.

The video footage could not be verified by Reuters.

“China, at the first moment, when it took our nationals without consulting us, acted improperly,” said Chen Wen-chi, chief of the international and cross-strait legal affairs department of the Ministry of Justice.

Taiwan’s top China policymaker said that it was negotiating with Beijing for the return of the first eight Taiwanese, who are in Beijing.

“We think this has affected cross-strait ties even though China sees this as a joint effort fighting crime,” said Jeff Yang, spokesman for Taiwan’s Mainland Affairs Council.

Yang said it was unclear how soon the Taiwanese in Beijing could return to Taiwan.