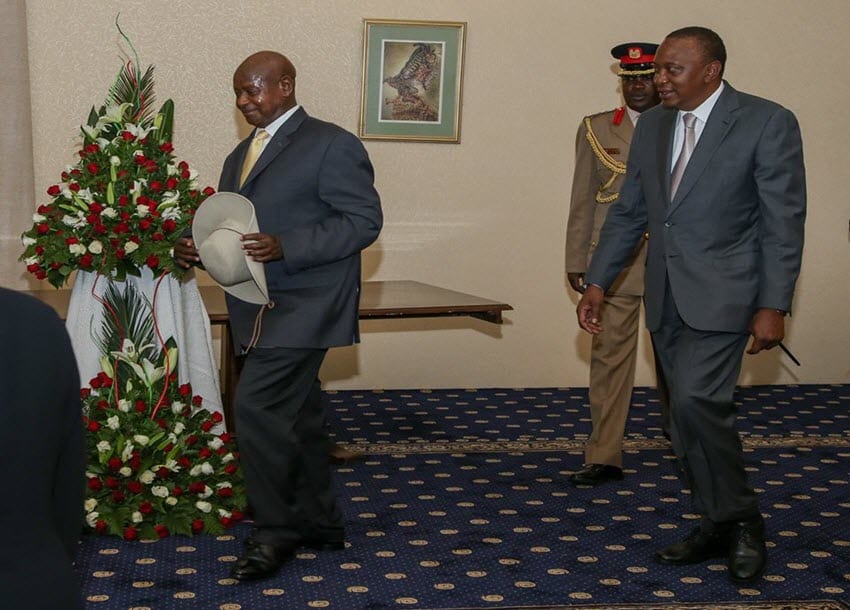 President Uhuru Kenyatta will meet his Ugandan counterpart Yoweri Museveni again in two weeks’ time in Kampala to continue with talks on the joint pipeline that was planned to pass through Kenya after failing to agree.

In a statement following their meeting at State House Nairobi, Kenyan and Ugandan Energy ministers have intimated the meeting focused on how to reduce construction costs and terrain for transporting the crude oil.

Uganda has been sending mixed signals over the route it would prefer to have the oil pipeline use.

The meeting in two weeks is expected to give energy officials in both countries time to come up with a uniform communication on how the oil pipeline from Hoima in Uganda to Lamu port will be implemented.

Kenya has been pushing for a joint pipeline with Uganda in an effort of reducing the costs associated with construction of the pipeline as well as transportation costs.

Officials from Tullow, Total and CNOC were also expected at the meeting but it wasn’t immediately clear if they attended.