Kenya will remain a strong voice for Africa on the UN Security Council, says Uhuru 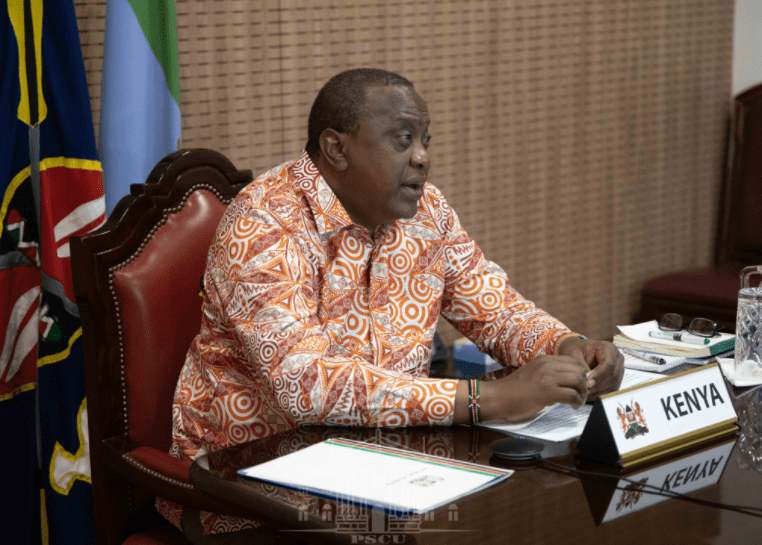 At the same time, the President rallied the Security Council to support more mitigation and adaptation measures in Africa saying effects of climate change are having adverse socioeconomic impacts on the continent.

“As a start, we can recognize that persistent droughts, constant sea level rises, and increasingly frequent extreme weather patterns are reversing economic growth and development gains achieved over decades.

“The result is increased fragility to instability and armed conflict that then come to the attention of this Security Council,” the President said.

President Kenyatta warned that the Security Council’s mandate of maintaining global peace and security will become harder in coming years if the threat of climate change is not addressed adequately.

“Rather than wait for a future tipping point, we must redouble the efforts to direct all the resources and multilateral frameworks of our rules-based international order to mitigate the effects of climate change,” President Kenyatta said.

The President spoke Tuesday evening at State House, Nairobi during a virtual UN Security Council open debate hosted by the United Kingdom on the nexus between climate and security.

President Kenyatta said Africa will suffer the worst consequences of climate change and told the Security Council to make the continent a top priority in its climate and security strategies.

“Listen to us Africans when we tell you that the link is clear, its impact tangible, and the need for solutions urgent.

Africa unfortunately will suffer the worst consequences of climate change despite being the least responsible for global greenhouse gas emissions,” he said.

Separately, President Kenyatta has identified climate, biodiversity and nature, and pollution and waste management as the three planetary crises that threaten the world’s future.

Speaking when he delivered the key note address at the start of events to mark 50 years since the creation of the United Nations Environmental Programme (UNEP), the President said adverse weather and climatic occurrences are a warning sign of a bleak future and proposed change of tact in addressing environmental matters.

“This commemoration is an opportunity for introspection and correction.  We should take transformative remedial actions, make correct financial and social decisions and change course where necessary,” President Kenyatta said, adding that the world must commit to the promotion of sustainable development and protection of biodiversity.

In the recorded video address, President Kenyatta said Kenya was a proud host of UNEP and assured the international community of country’s full backing of the global environment agenda.

“The environment holds and can provide solutions to most of the challenges we face as humanity.  In this regard, Kenya has firmly anchored the environmental pillar in our Country’s blueprints for development; the Kenya Vision 2030 and the “Big Four” agenda,” the President said.

A series of celebrations to mark the founding of UNEP on 15th December 1972 will be held over the next two years.