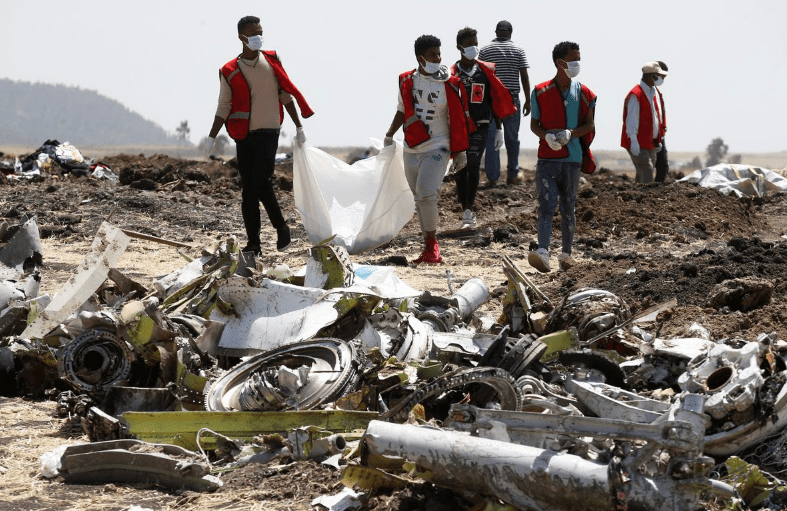 A Kenyan family that lost kin in the deadly Ethiopian Airlines Flight 302 crash has received a record-breaking a Ksh.300 million settlement from plane manufacturer Boeing.

This is the first case to be settled from dozens of lawsuits filed in a US Federal Court in Chicago against Boeing by Ribbeck Law Chartered on behalf of victims’ families.

Manuel von Ribbeck, Ribbeck Law Chartered Founding Partner, has been seeking compensation in the courts in Chicago for the families of the victims.

“We sought and asked for the largest amount possible to be paid as compensation to the families we represent,” Mr. Ribbeck stated after the settlement.

Bloomberg Business estimated that Boeing was to pay USD 1billion in compensation for the lives lost in the two crashes.

The Ethiopian Airlines enroute Nairobi crashed shortly after take-off from Addis Ababa’s Bole International Airport, killing all 149 on board.

Among those who perished were 32 Kenyans, 18 Canadians, 9 Ethiopians, 8 Italians, 8 Chinese, 8 Americans, 7 Britons, French citizens, Egyptians, 5 Germans, 4 Indians and 4 others from Slovakia.

Investigations into the matter discovered that passengers in the ill-fated flight were from at least 30 nationalities.

Elsewhere, another Boeing – a 737MAX – operated by Lion Air Flight crashed into the sea near Indonesia killing all the 189 people on board.

A final report on the Boeing 737 MAX, released in September by a legislative committee in the United States, found “repeated and serious failures” by Boeing and identified the key factors that contributed to the Boeing 737 MAX crash, including design flaws, profit and production priorities at the expense of safety.

“We believe Boeing should pay a fair and reasonable amount to all families regardless as to where they are from. We are hopeful that Boeing will change the way they operate to avoid losing innocent lives again,” said Deon Botha of Ribbeck Law Chartered.

The report laid out disturbing revelations about how Boeing – under pressure to compete with Airbus and deliver profits for Wall Street – escaped scrutiny from the FAA, withheld critical information from pilots, and ultimately put planes into service that killed 346 innocent people in the two crashes.

Ribbeck Law Chartered, which represents the majority of families of the victims of the deadly Boeing 737 MAX 8 crashes, demanded more than a billion US Dollars for the families they represent.

The settlement payments achieved by Ribbeck Law Chartered on behalf of the first Kenyan victim’s family has spared the family years of litigation.

“It is important to note however that no amount of money in the world will bring our clients’ beloved family members back. Our clients sought to find the truth behind the causes of the crash and jail those responsible for killing their relatives,” Mr. Ribbeck added.

The few of Ribbeck Law Chartered’s remaining cases from the Boeing 737 Max 8 crash of Lion Air Flight 610 that have not reached settlement will be tried in the USA or Indonesia.

If tried in Indonesia, a criminal case against Boeing’s officers and its board of directors will be filed.

In addition, Boeing has established a fund to help the communities of the families affected by the crashes.

Ribbeck Law’s clients received grant funds from Boeing to improve their communities. One such example is a project initiated at the request of a Kenyan family.

“The project will bring water and solar energy to their community,” stated Monica Kelly of Ribbeck Law Chartered. “It was a group effort with the Kenyan family we represent and Mr. David Njoroge, Partner and Head of Dispute Resolution at Igeria & Ngugi Advocates. Ribbeck Law Chartered’s clients will also use the approved grant to renovate and add classrooms, restrooms and a community hall for their local high school and church.”

Mr. Njoroge added: “Our partnership allowed us to finalize the mediation process in record time, achieving a fair and reasonable settlement in only 18 months. The loss of our clients’ kin, unfortunately, can never be reversed, but we are confident that the family will be able to live a comfortable life moving forward and Boeing will correct its errors in future manufacturing of planes. We continue to provide similar legal support to other affected families and ensure that they are suitably and promptly compensated.”

Mrs. Kelly stated “we believe that Boeing has acted fairly when compensating our clients. Boeing is changing the way it operates and is trying to make its 737 Boeing Max 8 model safer, which is all that the families have ever wanted. We believe that justice has been done in this case. It is time for forgiveness and to look to the future.”