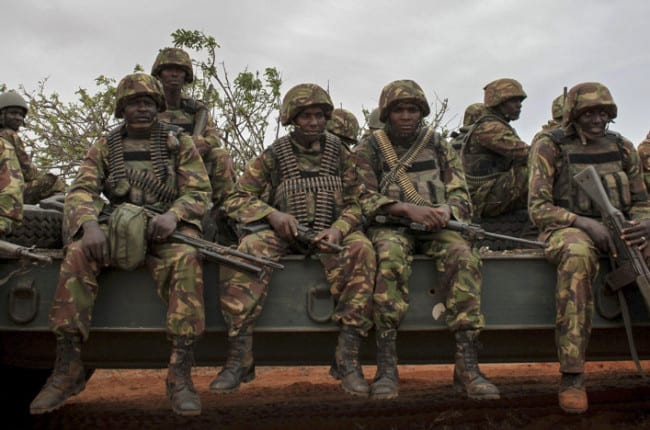 Kenyan forces fighting militants in Somalia are taking cuts from charcoal and sugar smuggling, earning them about Ksh 5 billion a year and boosting an illegal trade that helps fund the Islamists.

The U.N. Security Council banned charcoal exports from Somalia in 2012 to cut a stream of financing for the Al-Qaeda linked group Al Shabaab. But UN and other experts have said the trade continued after that through the southern Somali port Kismayu, where Kenyan forces have a base.

Sugar is also imported through Kismayu and smuggled across the border into Kenya, where it is sold without paying the high tariffs that Kenya imposes to protect its sugar industry.

Kenyan forces deployed in neighbouring Somalia in 2011 to try to halt attacks in their country. Shortly after moving in, they joined a force of African Union troops which have in the past year or so driven al Shabaab out of many of its strongholds.

Al Shabaab, which ruled much of Somalia until 2011, still controls tracts of countryside and regularly launches attacks in the Somali capital Mogadishu. It has also launched raids in Kenya, killing hundreds of people in the past two years.

The group said its research included interviews with more than 50 people with intimate knowledge of KDF activities. It said the business had the protection and cooperation of senior political and military figures.

A government spokesman called the report “absolute garbage” and said it undermined Kenya’s effort to stabilize Somalia, a nation ravaged by more than two decades of war and chaos.

“What we are seeing is intellectual dishonesty masquerading as research,” the spokesman said of the report.

KDF Spokesman Colonel David Obonyo also dismissed the report, saying: “It is not correct and it is not factual.