Gov’t suspends application of foreign workers permits within the country 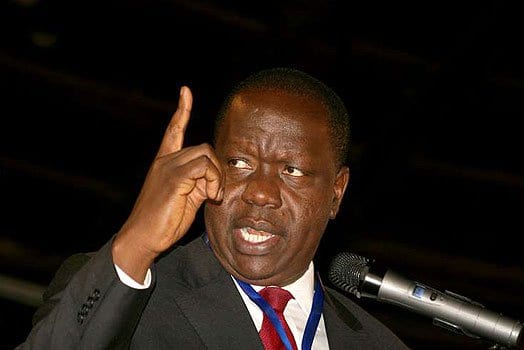 The Government has announced that foreigners will no longer be allowed to apply for work permits while they are in Kenya.

The directive that takes effect on Friday night is part of the three-month long process to streamline the ministry operations.

“The first change in that process is that no one will be allowed to apply for a work permit while in Kenya.

“If you have a job, or you have applied for a job to come to Kenya and work in a regional branch of an international company, you apply for a work permit from where you are,” Interior CS Fred Matiang’i said.

The CS further warned that only those whose applications for foreign workers permits have been processed will be allowed to come into the country for work.

He was speaking to county commissioners and regional commanders at the Kenya School of Government where he urged them to be vigilant and strict.

“Arrest those who say they have applied for work permits and are waiting to get their documents. Ask them to go back to their countries and wait for their work permits. When they get them then they will come back,” Matiang’i added.

An operation targeting 4000 illegal immigrants began in May with the CS Fred Matiang’i saying those found without proper documents would be deported.