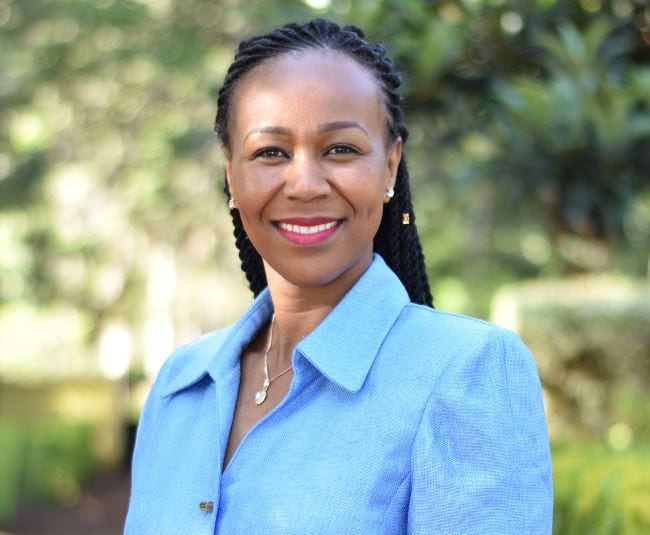 A Kenyan woman, who served a one-year jail sentence for a crime she allegedly did not commit, has now been shortlisted for an international award.

Teresa Njoroge, CEO and Co-Founder of Clean Start, has been shortlisted by the Global Thinkers Forum for the 2018 Award for Excellence as African Female Leader.

Ms. Njoroge was in 2011 imprisoned at Lang’ata Women’s Maximum-Security Prison for a financial crime she did not commit.

She was set free in February 2012 but, despite having a Bachelor of Commerce degree from Pune University in India and having previously worked at three different banks, nobody would employ her.

In a 2016 interview with the Daily Nation, Ms. Njoroge expressed her frustration saying: “I applied to banks, put my case forward but no one still wanted me.”

“It is like the day you go to prison you will be a prisoner for the whole of your life. When you leave those gates you enter a second prison. A prison where you can’t get a job, no one trusts you and you need to survive.”

She then teamed up with Joss Carruthers and, together, they founded ‘Clean Start’; an organization that pioneered the transformational Spear Course in Kenyan prisons, training women and girls with key tools to flourish post-release.

“The Spear Course aims to equip women and girls in prison with real skills they can use after prison to build a new life and create second chances,” says the company.

Speaking on her nomination for the award, Ms. Njoroge said, “I am delighted that Clean Start Kenya story is being heard around the world. I represent my team of inspirational women who tirelessly train, mentor and support women and girls in Kenyan prisons towards a better more hopeful future.”

She further added: “I am very grateful to the Global Thinkers Forum for lifting us up and acknowledging the importance of the work we do.”

The winners will be announced at a gala evening at the prestigious RAC Club in Piccadilly, London on Thursday.