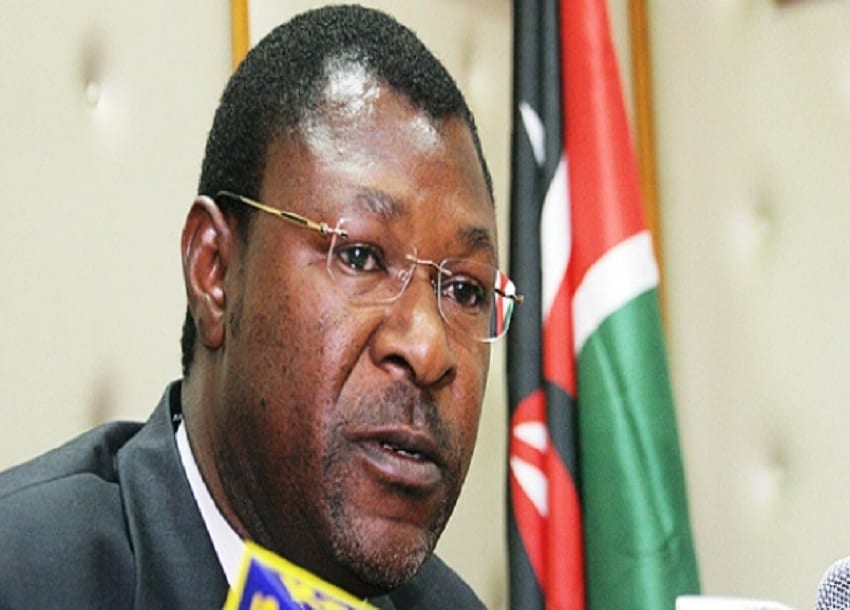 Speaking in his Bungoma office, Wetangula accused CS Wario of incompetence and inability to run the sports ministry and called on him to resign.

According to Wetangula, the move to sack NOCK officials, including its chairman Kipchoge Keino, was a cowardly act, an act he termed as ‘joke of the year’.

“What Wario should do is not to disband NOCK, it is to resign, that is the most honourable thing,” said Wetangula.

Wetangula also said that the move by Wario only affirms the poor leadership of the Jubilee government. He wondered how a sane person would sack global icon Kipchoge Keino.

“I can bet that Kenyans respect Kipchoge Keino more than the CS for sports.”

On Thursday, Wario disbanded NOCK following a public outcry over the mismanagement of Team Kenya during the recently concluded Rio Olympics in Rio de Janeiro, Brazil.