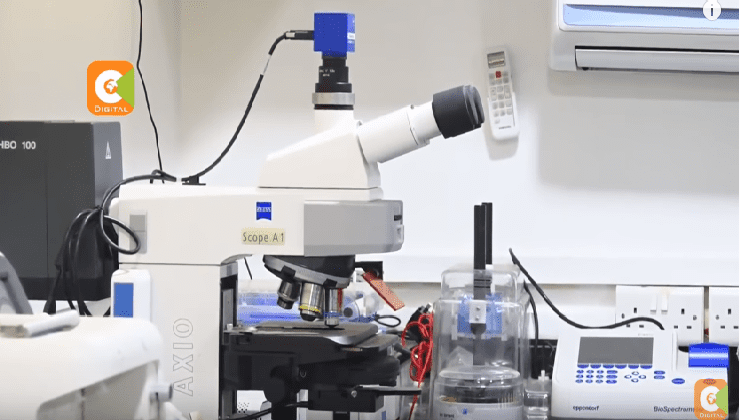 Kenya’s first pair of test-tube babies marked their 12th birthday this week highlighting how far Kenya has come since then.

The twins, unknown to the public were the very first of this kind, fulfilling a couple’s dream to have children.

Despite the advancements, the whole process is still shrouded in mystery even as it emerges that about 15 per cent of adults in Kenya struggle to conceive.

One Lillian Ogutu had no trouble conceiving her firstborn when she was 25, but ten years later, when she and her husband wanted a second baby, complications arose.

“My husband didn’t live in the country. So when he came back I thought we should try for baby number two but there was a problem,”said Lillian

Anxious to get pregnant, Lillian visited a gynaecologist and the diagnosis was grim, she had blocked fallopian tubes.

“I cried and cried, it was so emotional but I finally got the courage to tell my husband,” she said.

Luckily, Lillian was able to seek further treatment. She was given two options; either to have surgery to unblock the tubes or to undergo In-Vitro-Fertilization (IIVF).

“The chances were higher with IVF,” she told CitizenTV.

A few months later, she was pregnant and gave birth to a little girl who is now five years old.

In-vitro fertilization is a process where eggs are extracted from the woman’s ovaries, while sperms are retrieved from the male partner.

The eggs and sperms are then physically combined in a laboratory and the embryo transferred to the uterus.

Out of 100 Kenyan couples, 15percent struggle to conceive. The main cause of infertility is blockage of the fallopian tubes.

Other factors include growths such as fibroids which affect ovulation. Men may also have problems which cause them to suffer infertility.

Different causes require different treatments with IVF being the last resort for many.

It may not work the first time, so when it fails, a couple has to raise funds to start afresh.

Technological advancements however mean the chances of success are higher, with couples even able to select the sex of their child.

While attitudes have changed through the years, majority of couples who have undergone IVF still prefer to remain mum.