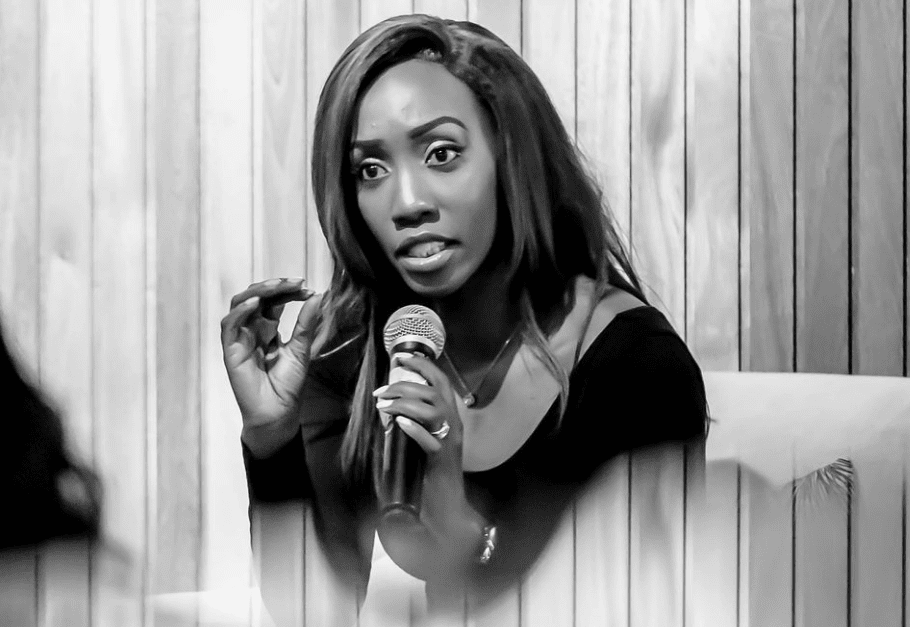 Seasoned journalist and Citizen TV anchor Yvonne Okwara on Tuesday shared ten of her favourite journalism pieces from within the decade during a session at the Baraza Media Lab.

According to the ‘Tonight’ show host, “many of the pieces were stories about people, issues. Rather than politics.”

She further added that “the political stories were what we termed, rogue pieces. We must continue to centre our stories on people!”

Here is the list of the stellar works according to Okwara, drawn from the print and broadcast sections of journalism:

This piece by the Citizen TV Features Editor digs into the question of the skin lightening industry that is booming in the underworld.

In it, the viewer gets to understand why people would want to lighten their skin or bleach and how they go about it.

Burden of Beauty also reveals the source of the products used for the procedures.

John Allan Namu tells the heartbreaking tale of a girl living in Mombasa whose body reveals the most brutal scars.

It appears that her parents are responsible for it and efforts by her school headmaster to find her justice are being stalled in what is starting to walk and look like a cover-up.

When will she get justice, one would ask, is it when she’s beaten to her grave?

3. Searching for a soulmate by Samira Sawlani – NBO magazine

Samira Sawlani writes of her search for a city that she loves. She has been to London and Dubai and she’s been to Kampala too but nothing quite got her like Nairobi did.

Her interactions with Kenyan cab drivers and the hustle and bustle of the city struck a chord in her soul, one that London couldn’t stroke quite as well when she went back there.

Nairobi was her soulmate, even in London, she still thinks about the city in the sun.

In this feature, Nimrod Taabu takes us deep into the sprawling slums of Nairobi to see how cancer patients are living with the ailment, almost on a zero budget.

The exorbitant cost of healthcare becomes apparent in the feature as the patients have to push on doing manual labor under conditions hazardous to their already failing health.

The alternative is that their taps only letting out drops will become completely dry.

5. Twerking as resistance by Chris Mungai – The Elephant

Chris Mungai, in this piece, brings one to critically analyze the cultures that people are taking to and those that they are shunning.

Mungai speaks of children who were captured in a video twerking, ”showing what their mama gave them” and not having the slightest hint of shame.

Wielding his pen, he wonders whether the children are just being rebellious for the sake of it or whether they really feel oppressed by the societal constrictions and are now retaliating.

6. The ones who are but don’t exist by Kedolwa Waziri – The Elephant

If you have an identity in a tribe and as a national of a country, then this roughly 14-minute read will open your eyes to just how privileged you are.

It is about the Nubian community with a big presence in Nairobi’s Kibra neighborhood, ill at ease with their status.

Most of them do not have an Identification card(ID) and have no ancestral land, a precious possession for any Kenyan.

Kamau examines the intrigues that followed the discovery of a stowaway whose body fell of a Kenya Airways plane in London, just minutes before it landed at the Heathrow airport.

He puts the Sky News documentary – which has since been pulled down – on the weighing scale against the Kenyan authorities who vehemently denied that the stowaway was a staffer at the country’s largest airport.

A man fitting the artistic impression of the stowaway was even paraded for the media to take snaps. He was said to have been remanded at Kamiti prison.

Night runners are not the work of fiction, they are as real as the heat from the midday sun. Tom Odula lifts the veil to reveal who they are and what exactly motivates them.

The news that there was a plot being hatched to kill the Deputy President shocked the country, up until the public started to raise suspicions about the claims.

Dennis Itumbi, controversial State House Head of Digital Communications turned DP Ruto ally, among others has since been arraigned in court for allegedly being the originator of the assassination letter.

The embattled Nairobi Governor let the cat out of the bag and Nairobi News was at hand to take the scoop.

The author of this story tells Sonko’s prison break tale in 1998, an audacious undertaking that he executed to attend his mother’s funeral.

Sonko was rearrested and taken to the Kamiti Maximum Prison.