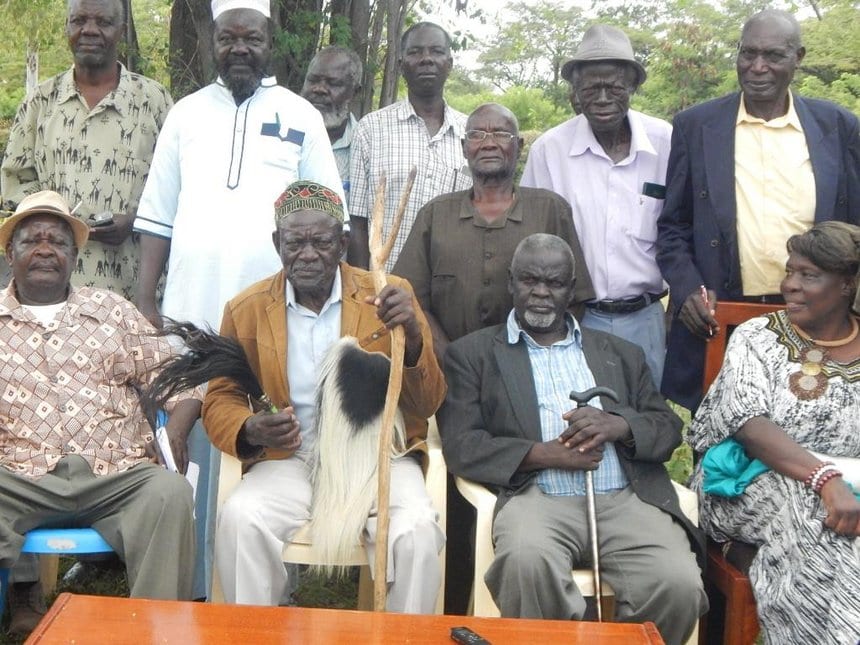 A section of Luo elders have come out to declare their allegiance to Uhuru Kenyatta’s presidency, asking him to lead all communities as he is everyone’s Commander-In-Chief.

The elders, led by their chairman Nyandiko Ongadi, were addressing a press conference at Kendu Bay on Saturday.

They included representatives from the various counties in the Luo-dominated Nyanza region.

Among those present at the presser were Peter Mbogo from Migori; Phoebe Akinyi from Siaya; and  Joram Okola from Homa Bay.

“Kenyatta is the president of everybody in Kenya. I call on him to consider the Luo, like other communities, in jobs and national resources distribution,” said. Nyandiko.

“Anybody appointed for a state job from this community should take that opportunity to develop Kenyans. We don’t want to hear anybody being referred to as a traitor,” reiterated Joram Okola.