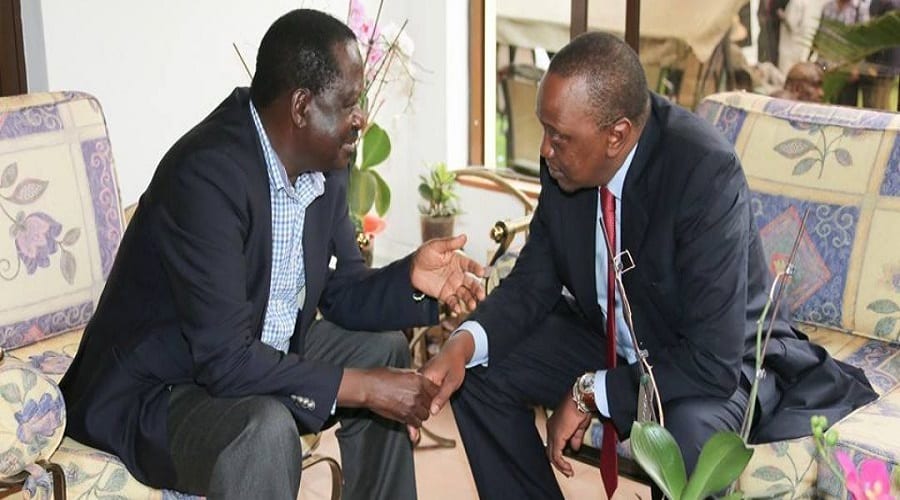 Coalition for Reforms and Democracy (CORD) leader Raila Odinga has arrived at State House, Nairobi for talks with President Uhuru Kenyatta over the current IEBC stalemate.

Raila says he received the invite from State House to attend the talks while at a burial ceremony in Motonyi village in Narok County.

Sources indicate CORD co-principal Moses Wetangula has also arrived for the talks, but State House could not confirm whether or not the talks are scheduled to take place.

President Kenyatta had indicated he is ready for dialogue with the opposition but not on the disbandment of the electoral body, saying CORD should petition parliament on their demands to send home the Independent Electoral and Boundaries Commission (IEBC) Commissioners.

On Monday, the Jubilee Government seemed to have softened its stand on CORD’s demand for dialogue over the reformation of the IEBC.

Senate Speaker Kithure Kindiki called on CORD to form a team that would engage Jubilee on the issue of IEBC, and state where they would want the meeting held.

President Uhuru Kenyatta and his deputy William Ruto have in their previous utterances claimed that they are ready to engage CORD in dialogue but stating that the talks should be within the Constitution.

“I do not have power to remove IEBC, because such powers ended with the old Constitution. If CORD wants to remove the commissioners, they should go to Parliament where our team is waiting for them,” stated the President in a past address.