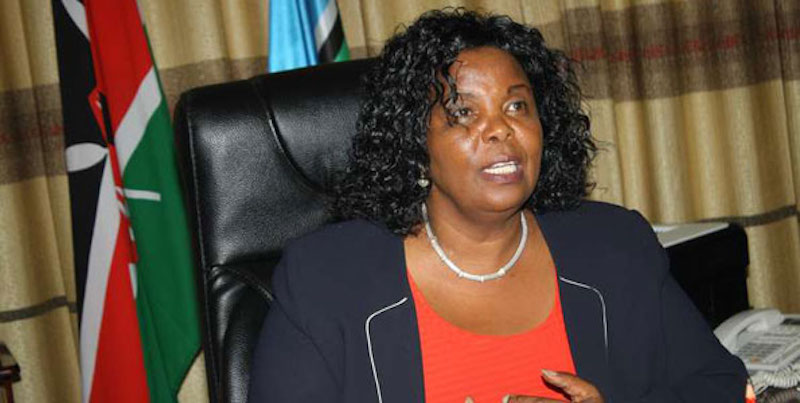 Kenyatta University Vice Chancellor Prof. Olive Mugenda retires from office today (Friday, March 18th, 2016) after serving for 10 years, but a fresh row has erupted between her and the University Academic Staff Union over the send off gift that the university’s Senate Council is intending to award her.

Speaking during the opening ceremony of the institution’s Education Building on Thursday, the VC said it is the council’s mandate to award her with any gift it feels fit for her.

She lashed out at the University Academic Staff Union (UASU) after claims that the council had already bought her a car as a send off gift.

On Tuesday, Mugenda announced that she would retire from her post on Friday, March 18th.

Speaking during a ground breaking ceremony for the International Language and Culture Center at the Kenyatta University main campus, Mugenda said she will be exiting from her post after serving for a decade.

Prof. Mugenda was the first woman to lead a public university in 2006 when she was appointed the Vice Chancellor by former President Mwai Kibaki.