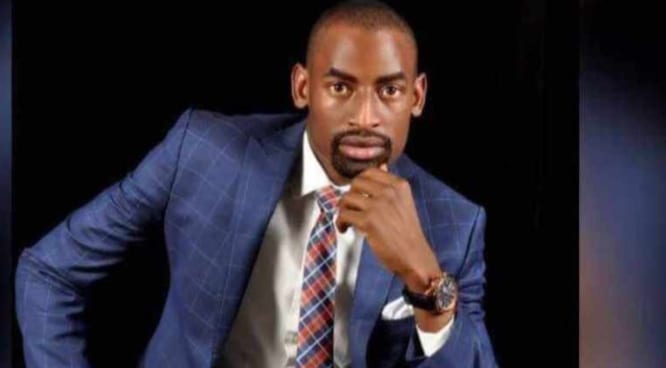 Robert Ouko Bodo, the main suspect in the death of businessman Kevin Omwenga, on Sunday recorded a statement with detectives, claiming that the shooting was accidental.

Bodo, who works as businessman Chris Obure’s personal body guard and is also not a licensed gun holder, denied any altercation with the deceased saying they were good friends.

According to sources privy to the interrogation, the suspect is believed to have taken the firearm from Obure’s office at Sentieu Plaza just next to Galana suite; the crime scene, on Friday 6.30am and  returned it minutes before midnight.

According to the report, Bodo claims to have handed the gun to Omwenga earlier in the evening before the duo left an entertainment joint along Argwings Kodhek Road to go to Ngara area of Nairobi where they picked Omwenga’s female companion seen in this CCTV footage. He claims Omwenga wanted the firearm for showoff purposes

Bodo says when it was time for him to go home that night, he pulled Omwenga from the sitting room where a party was ongoing, to his bedroom intending to take back the gun, it is then that it went off discharging a round through the left side of his chest.

According to detectives, however, the trajectory of the bullet head that is suspected to have pierced through Omwenga’s heart and hit the wall before ricocheting to his bed rules out the possibility of an accident.

Other people questioned include, businessman Chris Obure who had a hard time explaining how his gun was at the scene of crime, and how he was a gun holder yet he was declared unfit to hold a firearm following abuse of firearm charges he faced when he was accused of assaulting and causing bodily harm to one Ben Alila.

Detectives are also probing what they termed Omwenga’s quick riches, sources telling Citizen TV that after quitting his job as an operations manager at a car dealer along Ngong Road, the businessman was broke to the extent of failing to pay his rent and electricity bills in March.

Just two months later he is said to have been in a position to purchase high end cars with a collective worth of more than Ksh.20 million in addition to sustaining a high life.

Others questioned by detectives include Omwenga’s female companion who we have since established is a Tanzanian national, his brother and a man believed to be his employee running his errands.

The house where police found bottles of alcohol and sheesha, where the occupants were believed to be having a party, has been sealed off as a crime scene with detectives expected back to reconstruct events on the fateful day.

Robert Bodo and Chris Obure are expected to be arraigned Monday on a miscellaneous application where detectives will seek to hold them as investigations continue, before they are, in all likelihood, charged with murder.