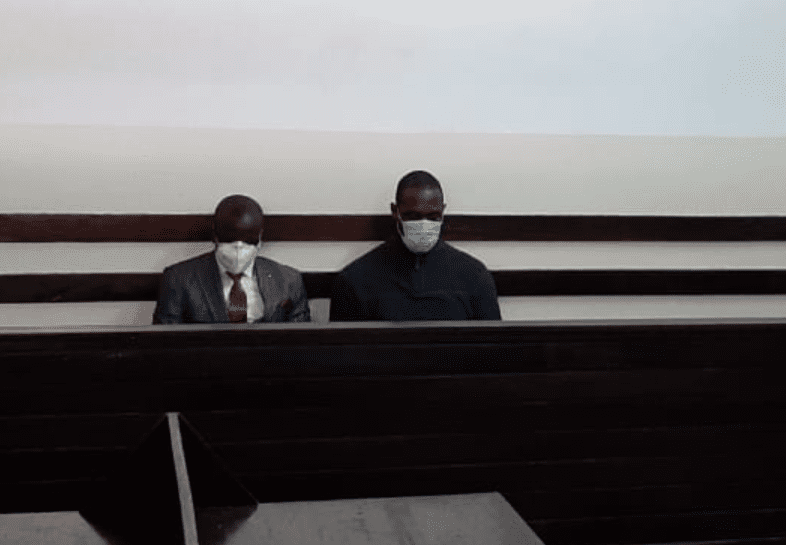 A Nairobi court on Tuesday directed that businessman Chris Obure and his aide Robert Ouko be detained for 12 days pending police probe over the shooting and subsequent killing of Kevin Omwenga.

Magistrate Derrick Kuto, while delivering the ruling, said the matter will be heard on September 4, 2020.

Chris Obure and Robert Ouko were on Monday arraigned at the Kibera Law Courts over the shooting of Kevin Omwenga at Galana Suites in Kilimani, Nairobi.

In a miscellaneous application filed before the court, the prosecution sought for 14 days to detain the two suspects pending completion of investigations.

Investigating Officer Bashir Boya told the court he is yet to record statements from the key witnesses as well as take finger prints, photo profile and take the two suspects for DNA sampling for analysis by the government chemist besides also subjecting them to mental assessment.

“The continued detention of the two suspects is necessary for the furtherance and finalizing of the investigation. Their release could lead to further interference with the ongoing investigations,” read the miscellaneous application.

The affidavit by Bashir Boya also revealed that the firearm used in committing the said killing belongs to Chris Obure, who is not a licensed gun holder.

On Sunday, Robert Ouko, the main suspect in the death of businessman Kevin Omwenga, recorded a statement with detectives claiming that the shooting was accidental.

Ouko, who works as businessman Chris Obure’s personal body guard and is also not a licensed gun holder, denied any altercation with the deceased saying they were good friends.

According to detectives, however, the trajectory of the bullet head that is suspected to have pierced through Omwenga’s heart and hit the wall before ricocheting to his bed rules out the possibility of an accident.