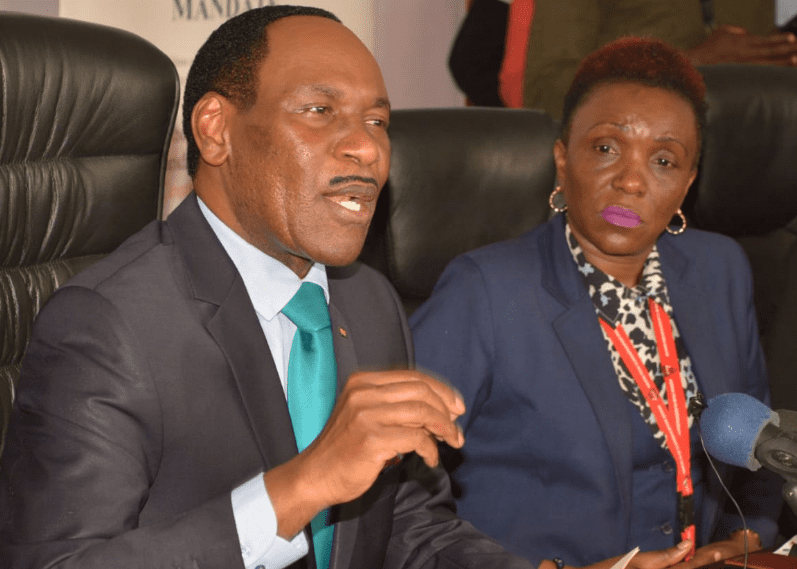 Kenya Film Classification Board (KFCB) CEO Ezekiel Mutua has now taken the battle against perceived immorality to the streets warning Public Service Vehicle (PSV) operators against exposing children to content that he termed as “pure pornography.”

Mutua, speaking during a press conference at the KFCB boardroom on Monday, said posters and graffiti will henceforth not be put up for display in PSVs without undergoing vetting by the board.

According to the KFCB boss, matatus fitted with screens are considered film exhibitors hence will also need to obtain a license at Ksh.2,000 per year.

Mutua expressed gratitude to Inspector General of Police Hillary Mutyambai for issuing out letters to police officers to begin the crackdown against harmful content in matatus on Tuesday.

“Every content aired in PSVs has to be rated General Exhibition (GE)…not showcase nudity or obscenity. From tomorrow all corners of the country will have police in place to crackdown the uncomplying vehicles,” he said.

He added that conductors, drivers and Sacco managers of vehicles found flouting the new rules will be liable to a fine of Ksh.100,000 or a 5-year jail term or both.

“We appeal to members of the public to report the above by giving the number plate, route of the matatu, the sacco and if possible evidence of the clip that was aired…you will be treated with confidentiality and protected by KFCB,” he stated.

Mutua further stated that PSVs that comply with the new regulations will be awarded and named brand ambassadors of clean content.

He appealed to school administrators to ensure their drivers do not turn on the said radio stations in their school buses otherwise they will be arrested.