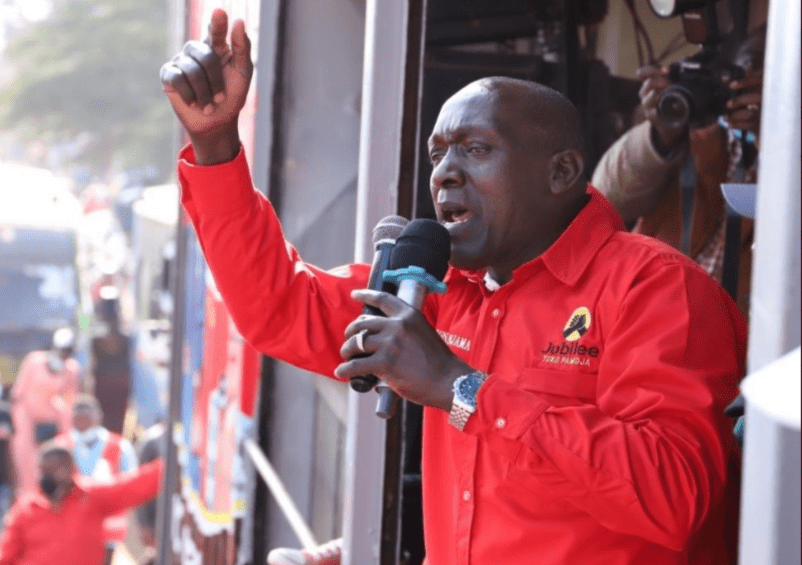 Jubilee Party candidate in the Kiambaa by-election, Kariri Njama, has received a boost after his PNU competitor Lucy Wanjiru withdrew from the race and pledged to support him.

Wanjiru said she will henceforth work with Njama to ensure that Jubilee retains the seat left vacant following the death of Paul Koinange, who was elected on the party ticket.

She spoke at Gachie on Thursday and was flanked by Kiambu Town Member of Parliament Jude Njomo alongside Njama.

Njama, in his remarks, thanked Wanjiru for making the bold move saying she will greatly improve his campaigns, further expressing confidence that he will now clinch the seat come the July 15 polls.

He also welcomed any other aspirant who “feels we can work together to deliver what the people of Kiambaa deserve.”

MP Njomo on his part admitted that there are indeed wrangles within the Jubilee party saying “yes, there are rats in the house but you cannot burn the whole house, instead look for an alternative way of trapping the rats.”

The hotly-contested Kiambaa by-election race has also attracted the candidature of John Njuguna Wanjiku, who is flying the ticket of the United Democratic Alliance (UDA) party that has been linked to Deputy President William Ruto.