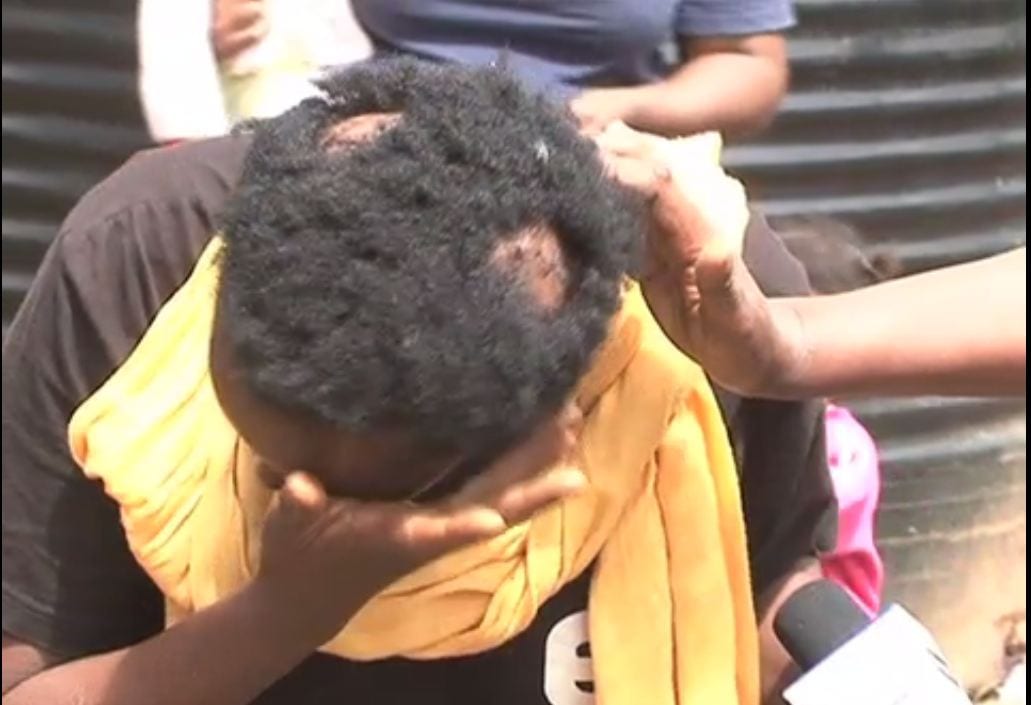 Residents of Muchatha, Kiambu County have raised alarm over a killer gang that has left nine people dead and 12 others nursing knife wounds in a span of two weeks.

The gang, which goes by the street name “Quail” attacks unsuspecting citizens in groups of six to eight people, robs them off their valuables before stabbing them on the rib cage and at the back of the head.

A number of residents who have fallen prey to the gang indicated to Citizen Digital that a majority of the gang members are aged between 20-25 years.

“I was attacked by a group of young men as I was entering my home. They stabbed me three times in the head, I fainted.  After I regained consciousness I realised they had robbed me,” said an emotional Ms. Teresiah Wambui.

Another victim, Lucy Wanjiku 44, said that the group is organised, daring and blatantly attacks residents in broad daylight.

“A group of young men accosted me as I was opening the gate to my home. They were wielding knives and asked me to give them all the money I had. I grabbed the knife but let go after my hand was injured. They ran away as soon as they heard people approaching,” recounted Ms. Wanjiku.

The attacks prompted an angry reaction from area MP Paul Koinange who warned that the criminals will face the full force of the law.

Speaking during the burial of one of the victims on Monday, Mr. Koinange said that police have launched a manhunt for the criminals after gathering information from the locals.

“We will deal with these criminals. We know that crime is rampant in other areas like Kawangware, Mathare and Kayole but we will not allow it here in Kiambaa,” said a visibly furious Mr. Koinange.

The residents however want the government to move with speed saying that the gang has terrorised them for far too long killing many people in the past year.