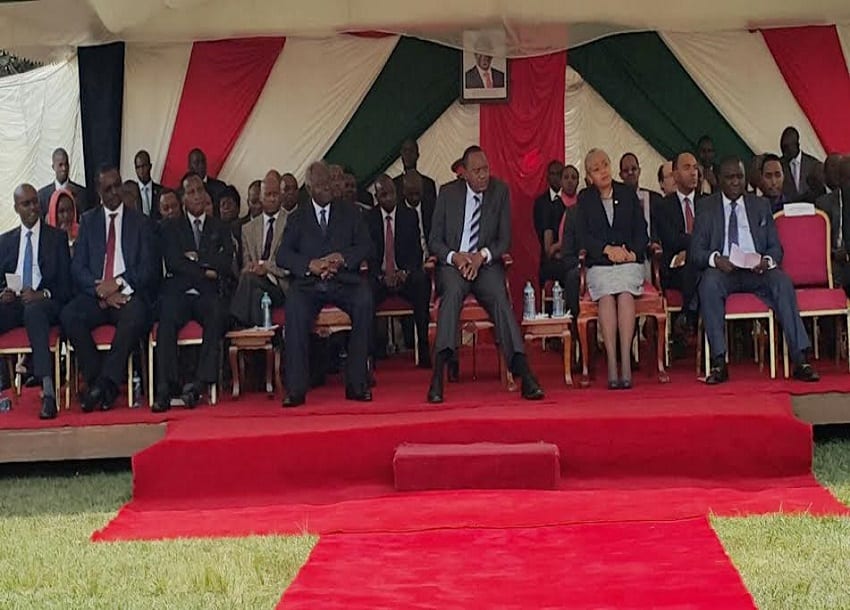 Retired President Mwai Kibaki has expressed a rare vote of confidence for the incumbent Uhuru Kenyatta citing political criticism against the government as unwarranted.

Kibaki who spoke in the company of Kenyatta says the jubilee government has so far done well in dispensing its mandate as he urged fierce critiques of the government to be genuine with their remarks.

It was a rare meet for the two leaders since President Kibaki handed over power to his successor in April 2013.

The 56th founders’ day at Starehe Boys Centre and school would offer an opportunity for informal appraisal by a former head of state to one who is just a few months into his third year in office.

“President Uhuru is wholeheartedly serving Kenyans, but there are those who do not wish him well and for no reason,” said Kibaki.

The jubilee administration has often times come under severe criticism from the opposition and the civil society especially on fight against corruption, security management and adherence to the constitution.

“Mr President God will be with you and all good meaning Kenyans’” said Kibaki.

Sam Gituku contributed to this article